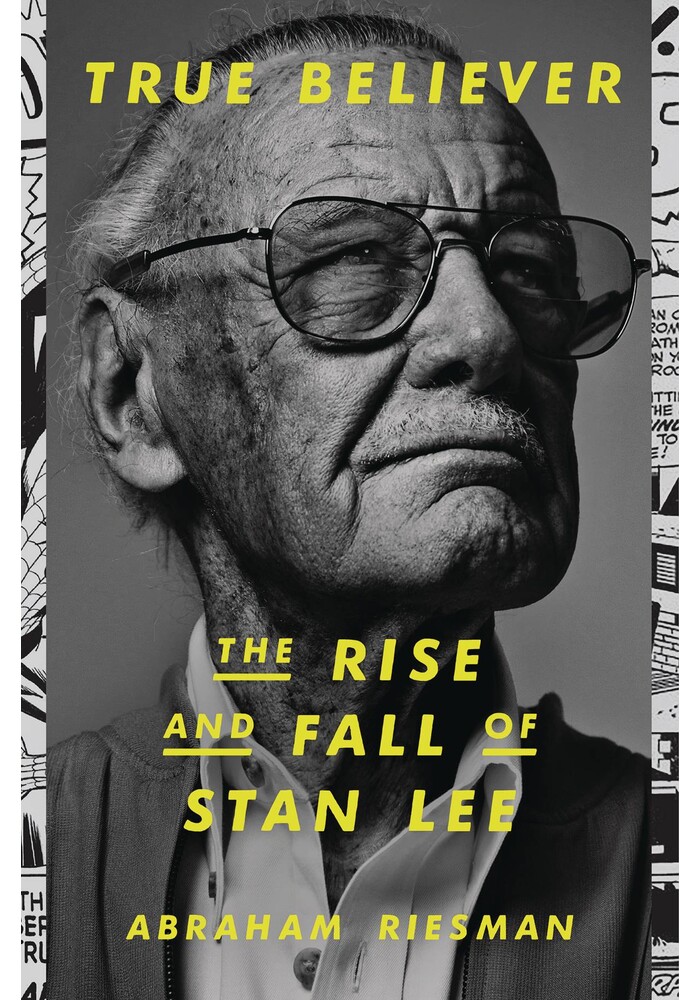 By buying this product you can collect up to 36Z points. Your cart will total 36points that can be converted into a voucher of $2.77.

Stan Lee, born Stanley Martin Lieber in 1922, is one of the most beloved and influential entertainers to emerge from the twentieth century. He served as head editor of Marvel for three decades and launched more pieces of internationally recognizable intellectual property than anyone other than Walt Disney. But Lee's unprecedented career was also filled with spectacular failures, controversy, and bitter disputes. Lee was dogged by accusations from key collaborators such as Jack Kirby and Steve Ditko over who really created Marvel's signature characters, iconic figures for whom Lee had always been suspected of taking more than his proper share of credit. A major business venture, Stan Lee Media, resulted in stock manipulation, bankruptcy, and criminal charges. True Believer chronicles the world-changing triumphs and tragic missteps of an extraordinary life, and leaves it to readers to decide whether Lee lived up to the responsibilities of his own talent.