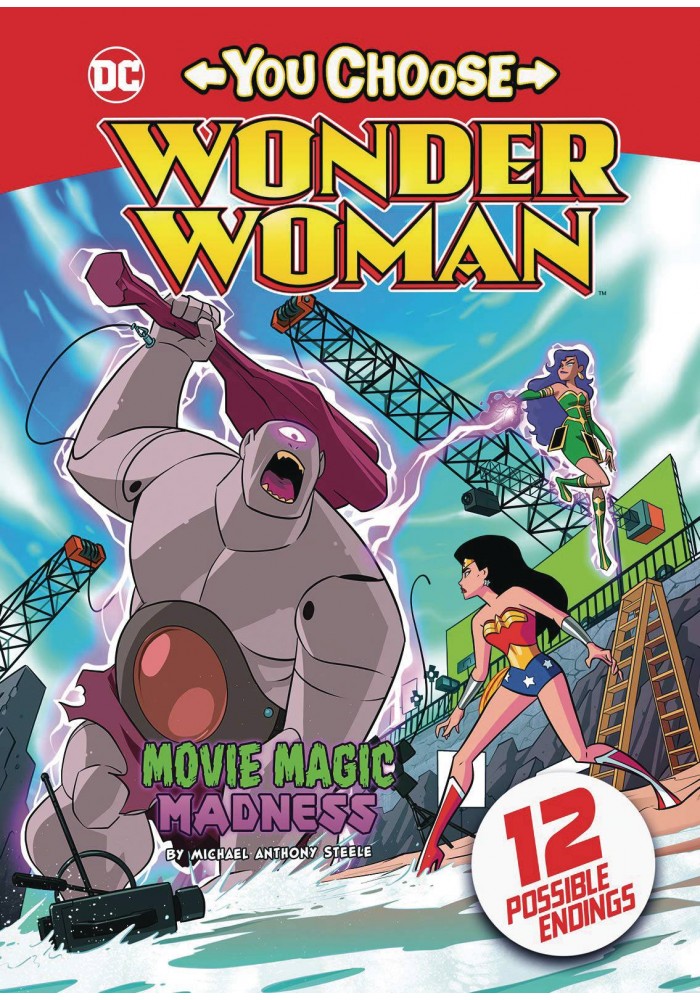 Circe vows revenge when she is offended by her likeness during filming for a remake of The Odyssey. When Wonder Woman tries to stop her, the sorceress conjures a portal that takes the hero to a realm of magical movie genres. Does the Amazon warrior take on wizards and dragons in a fantasy realm? Should have a showdown with the sheriff in a dusty western? Does Wonder Woman head into a haunted house to wrestle with werewolves, vampires, and mummies? In this interactive story, YOU choose the path Wonder Woman takes. With your help, she'll defeat Circe's 'Movie Magic Mischief!'
Be the first to write a review!
Path: Home > AMERICAN > INDEPENDENT TRADE PAPERBACKS > WONDER WOMAN YOU CHOOSE SC MOVIE MAGIC MADNESS