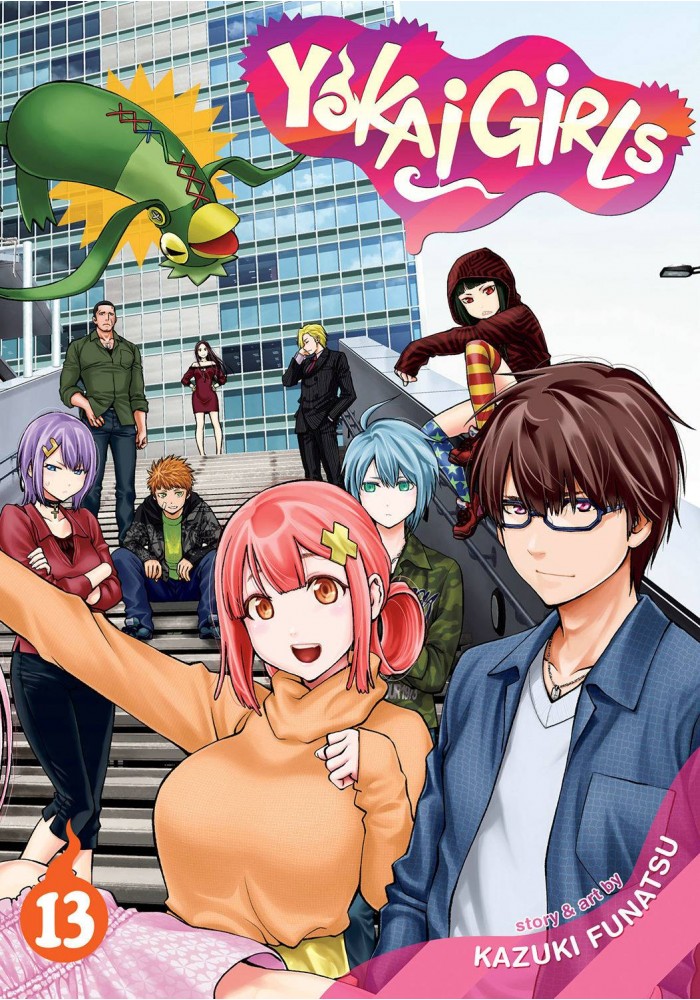 Get ready for sexy supernatural shenanigans in this Mature-rated monster girl comedy! Twenty-year-old virgin Nishizuru Yatsuki has always considered himself a fairly normal guy-he's a high school graduate, works a part-time job, and hangs out at a maid cafe. He does have one very special ability: he can see yokai spirits! Usually he copes with these ghostly visions by ignoring them-but everything changes when he meets a beautiful young woman named Rokka. Now Yatsuki's normal days have taken a notably abnormal turn, as he finds himself the sole defender of a growing harem of supernatural-and super sexy-yokai girls! When Yatsuki journeys to the Guardian's shrine in Shizuoka, he and the Yokai Girls are ambushed by everyone's favorite demon-hunting g-men: GCUP! Yatsuki is out of commission, searching deep inside himself for the power to heal Rokka, so it's up to Tsurugi and the others to hold GCUP off!
Be the first to write a review!
Path: Home > AMERICAN > INDEPENDENT TRADE PAPERBACKS > YOKAI GIRLS GN VOL 13