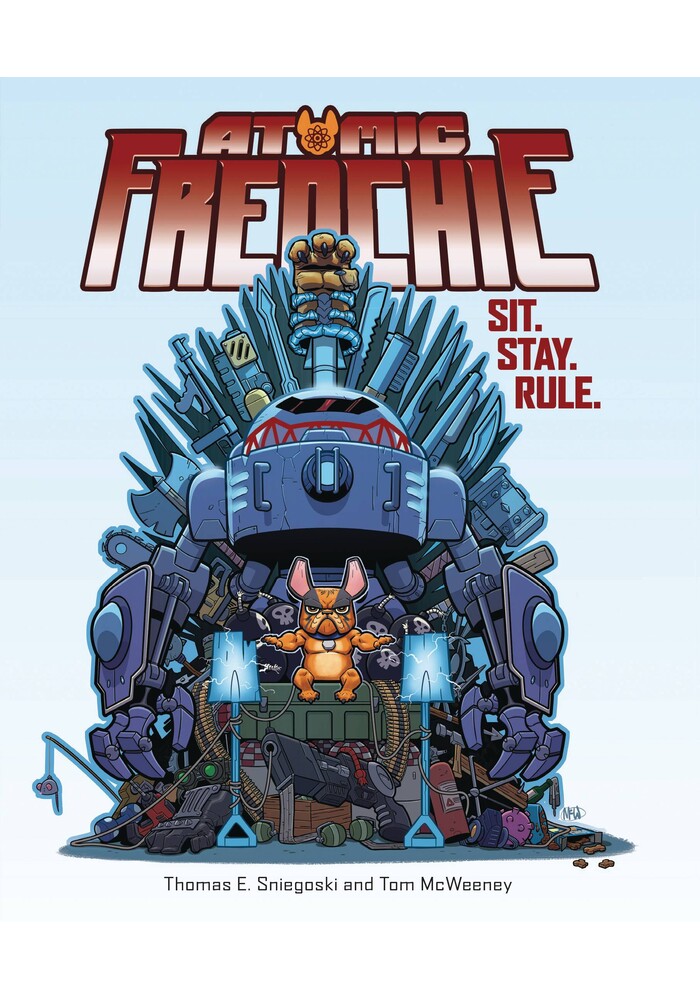 Atomic Frenchie is the first book in a series following the adventures of Kirby, professional supervillain and future ruler of Earth, as he schemes and battles his way past evil library robots, supernatural cat ladies, superpowered mail men, and more bizarre characters to achieve his sinister dreams of ruling the world. When Kirby, a French Bulldog with a serious Napoleon Complex, moves to a new home in the quaint New England town of Strasburg, Massachusetts, and stumbles upon a forgotten secret laboratory, he realizes that his dreams of Planetary Conquest are finally within paw's reach. But Kirby realizes he isn't alone. Seemingly out of nowhere, a strange group of people appear, exhibiting what Kirby can only describe as superpowers! Kirby must rise up against all who stand in his way to emerge victorious in this ultimate quest for world domination.
Be the first to write a review!
Path: Home > AMERICAN > INSIGHT EDITIONS BOOKS > ATOMIC FRENCHIE GN VOL 01 SIT STAY RULE