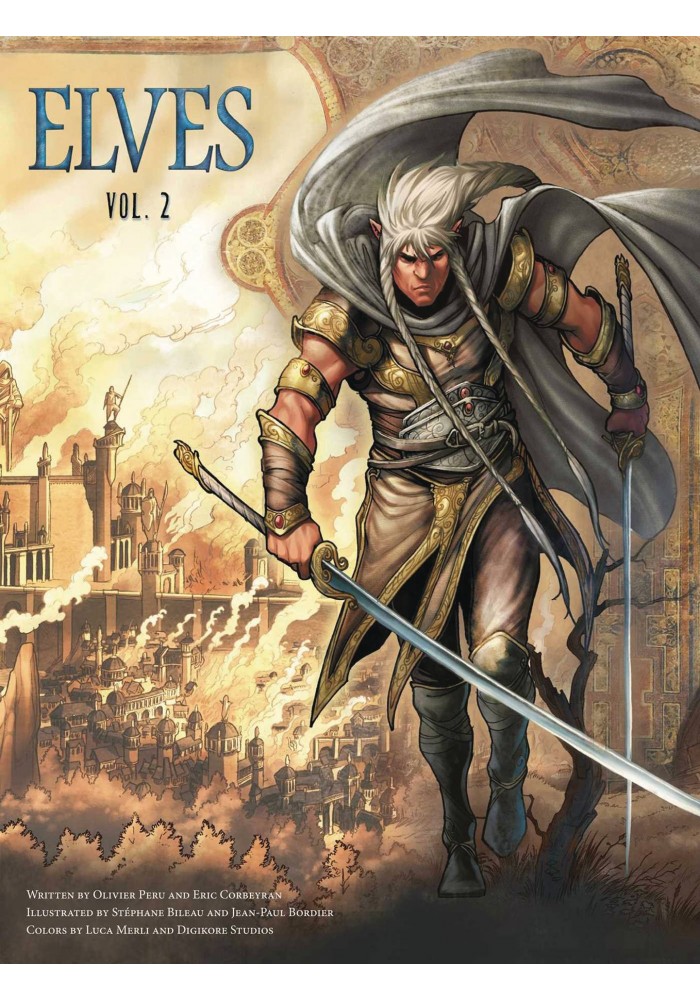 Immortal and wise, the White Elves dwell on secretive islands, far removed from men and the other races of elves. They protect all that could one day disappear-books, weapons, and even living creatures. When a White Dragon is spotted in the lands of men, the White Elves embark on a quest to capture it and bring it back to their islands, a quest with dramatic consequences for all involved. With no country and no king, Half-Elves live in exile. Detested by the 'pure' races, they are persecuted and imprisoned, if not simply eliminated at birth. But times change. Under the leadership of the Chosen One, an Elf-Man hybrid named Nah-Thaal, the time for the Great Assembly has come. Will Nah-Thaal be able to change the destiny of his persecuted race?
Be the first to write a review!
Path: Home > AMERICAN > INSIGHT EDITIONS BOOKS > ELVES GN VOL 02