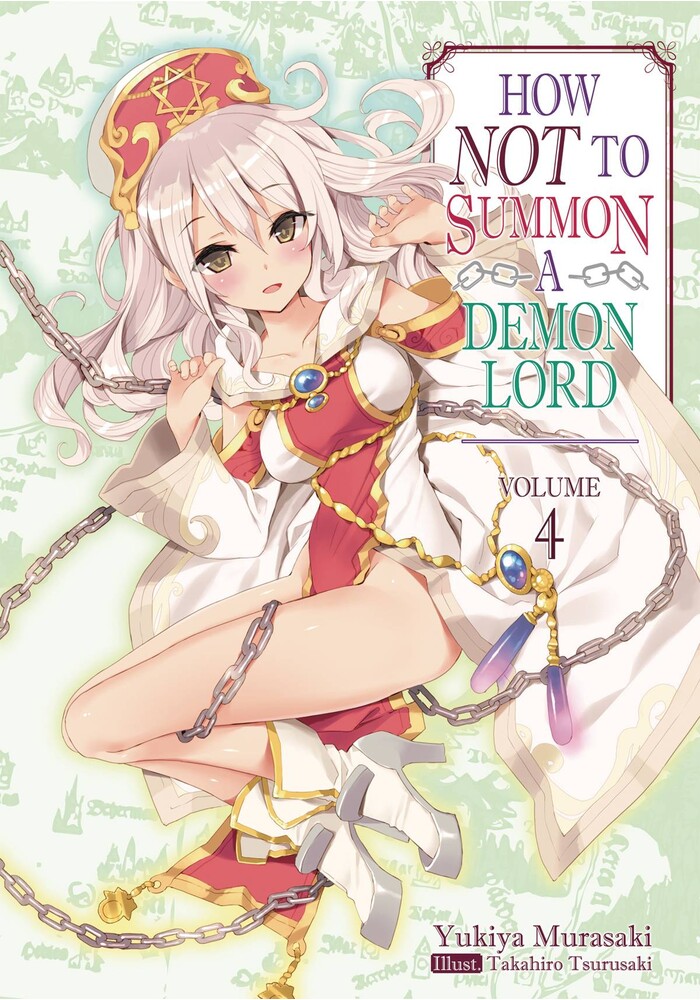 After being summoned to another world similar to the game he used to play, Diablo lives a tumultuous life in this new world after he finds himself the unwitting master of Rem the Pantherian and Shera the Elf; and now, even the Demon Lord-turned-young-girl Klem obeys him! One day, Diablo ends up rescuing a holy woman who was being pursued by a Paladin, and she turns out to be the most important person in the Church. Befriending her, Diablo and the others act as her escorts until they reach Zircon Tower deep in the Demon Lord's territory. After arriving in a new town, more difficulties arise, ultimately culminating in the appearance of a gargantuan monster attacking them!

Be the first to write a review!
Path: Home > AMERICAN > INSIGHT EDITIONS BOOKS > HOW NOT TO SUMMON DEMON LORD LIGHT NOVEL SC VOL 04 0