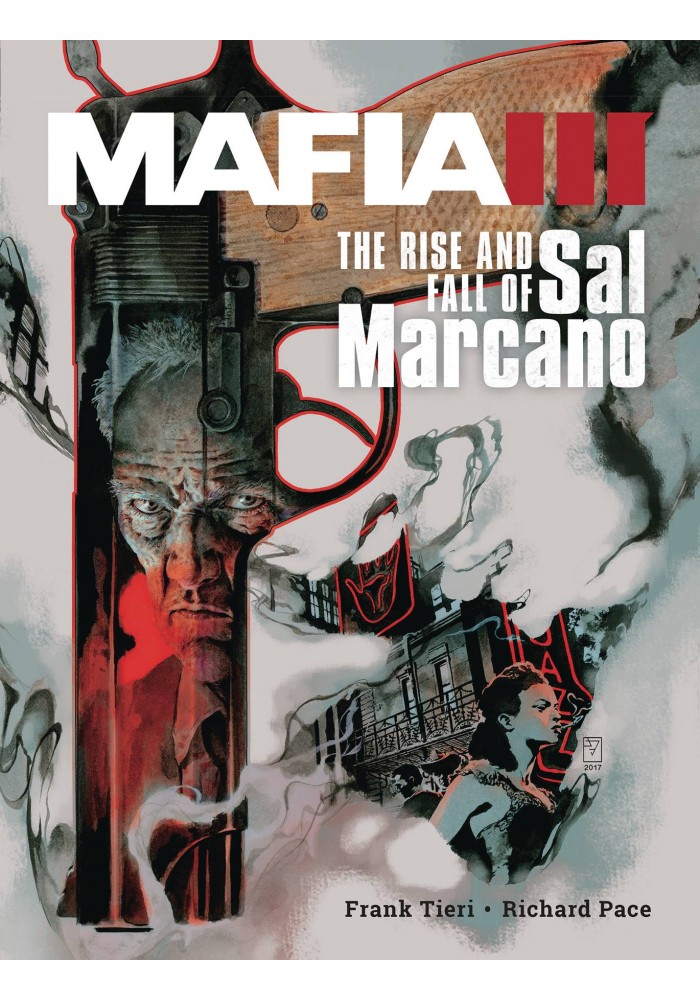 New Bordeaux is a city on the edge of the bayou - and on the edge of chaos. A hazy, fictional recreation of New Orleans in the 1960s, New Bordeaux is the kind of town where violence is the only way to survive and crime is the only way to get ahead. When gang warfare pushes the city to the brink, its citizens will discover the bayou can swallow a lot of secrets. And a lot of blood. Brought to vivid life by artist Richard Pace, Mafia III features the expansive world building and harsh realism that fans have come to expect from the video game series. With an original story that tells the rise to power of Sal Marcano by comic-noir writer Frank Tieri, this graphic novel is a new piece of the Mafia universe that fans will want to return to again and again.
Be the first to write a review!
Path: Home > AMERICAN > INSIGHT EDITIONS BOOKS > MAFIA III RISE AND FALL OF SAL MARCANO GN