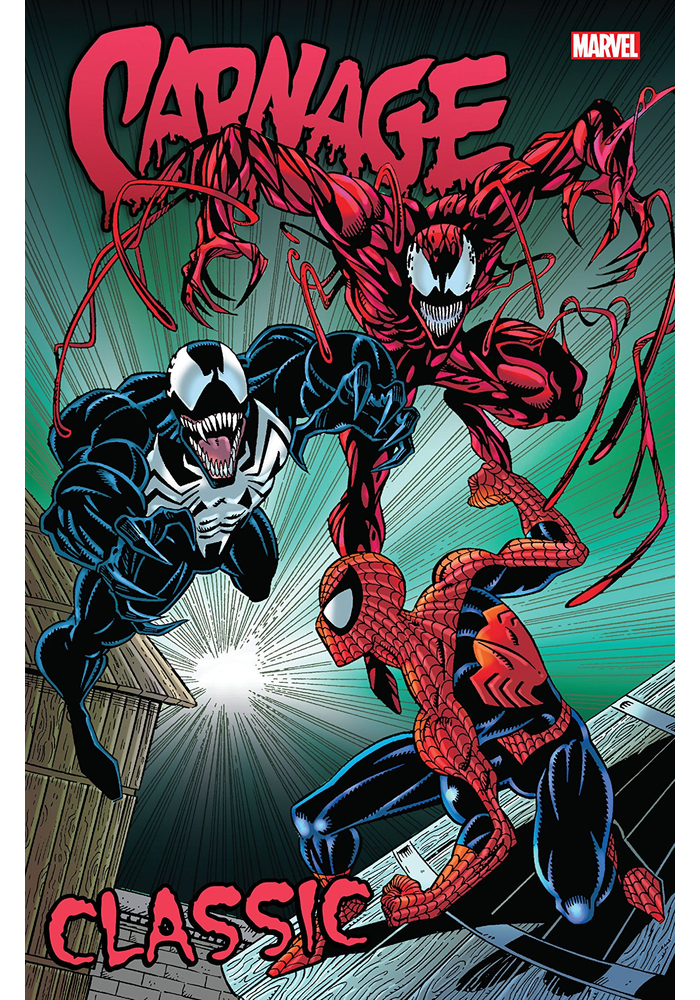 The serial-killing symbiote's sadistic spree starts here! As if Venom wasn't lethal enough, imagine what would happen if his symbiotic 'other' had been joined to a murderous psychopath? That's where Cletus Kasady comes in, as Venom's symbiotic spawn transforms him into Carnage, Spider-Man's sickest foe! Killing on a whim, Carnage is a painful, twisted thorn in the sides of Peter Parker, Ben Reilly, Venom-even the Silver Surfer! An unstoppable force of nature, Carnage will unleash an onslaught of death - but as far as he's concerned, it's a wonderful life! Collecting AMAZING SPIDER-MAN (1963) 361-363, 410 and 430-431; VENOM: CARNAGE UNLEASHED 1-4; CARNAGE: MIND BOMB; CARNAGE: IT'S A WONDERFUL LIFE; SENSATIONAL SPIDER-MAN (1996) 3; SPIDER-MAN (1990) 67; SPECTACULAR SPIDER-MAN (1976) 233; PETER PARKER: SPIDER-MAN (1999) 13; WEBSPINNERS: TALES OF SPIDER-MAN 13-14 and material from AMAZING SPIDER-MAN ANNUAL 28.