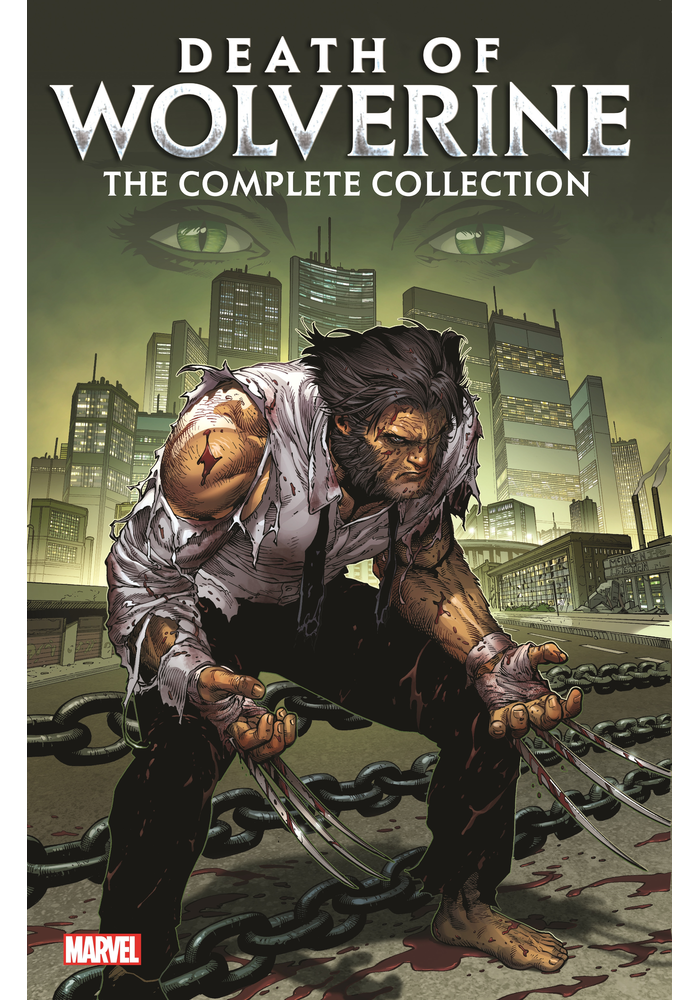 The man called Logan is no stranger to death. Now, at the end of a long and violent life, he faces his own date with the reaper - but you can be sure Wolverine will go out fighting! The impact of his demise will be felt far and wide as X-23, Daken, Sabretooth, Mystique and Lady Deathstrike continue to shape Logan's legacy. But who are the latest subjects of the revamped Weapon X program, and what is their connection to Wolverine? Plus: The X-Men struggle to cope with Wolverine's death, while Deadpool and Captain America fight to protect his memory! Collecting DEATH OF WOLVERINE #1-4, DEATH OF WOLVERINE: THE WEAPON X PROGRAM #1-5, DEATH OF WOLVERINE: THE LOGAN LEGACY #1-7, DEATH OF WOLVERINE: DEADPOOL & CAPTAIN AMERICA #1 and DEATH OF WOLVERINE: LIFE AFTER LOGAN #1. Parental Advisory