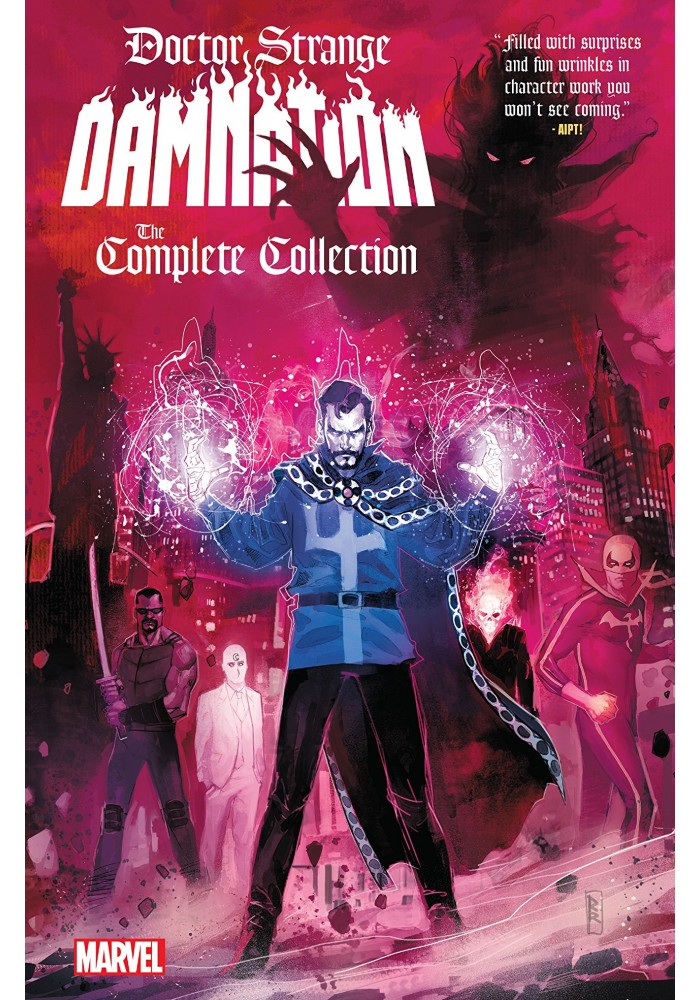 The city of sin meets its biggest sinner yet. When Doctor Strange raises up Las Vegas from its destruction during SECRET EMPIRE, he inadvertently opens a door for the embodiment of evil: Mephisto! When the Lord of Hell claims the gambler's paradise for himself and sets his sights on the rest of the world, it will take a diverse group of heroes to beat the devil at his own game. Wong's makeshift band of Midnight Sons - Iron Fist, Blade, Moon Knight and Scarlet Spider - must face down a whole platoon of Ghost Riders but where does Johnny Blaze stand? DAMNATION transforms the life of Doctor Strange - and the magical landscape of the Marvel Universe!