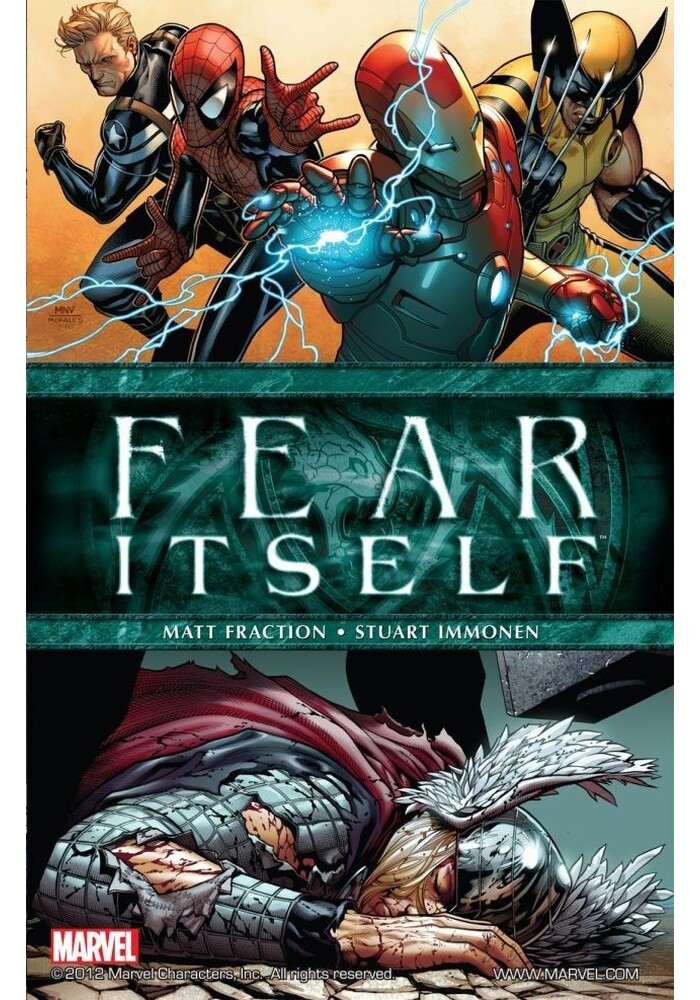 Captain America, Thor, Iron Man and the Avengers are Earth's Mightiest Heroes - but even they know fear. And when a powerful and ancient evil overtakes our world, each hero must make a sacrifice to save the Earth. But as the Serpent's mystical hammers transform friend and foe alike into unstoppable agents of destruction, as terror takes hold and the Serpent's power grows, as Odin prepares to burn the Earth to cinders to save his people - it's not these sacrifices the Avengers fear. It's the knowledge that no matter what price they pay, this battle may be unwinnable. Heroes will fall, gods will die, and fear will rule the day - as the hammer falls! Collecting FEAR ITSELF: BOOK OF THE SKULL and FEAR ITSELF 1-7.

Be the first to write a review!
Path: Home > AMERICAN > MARVEL TRADE PAPERBACKS > FEAR ITSELF TP