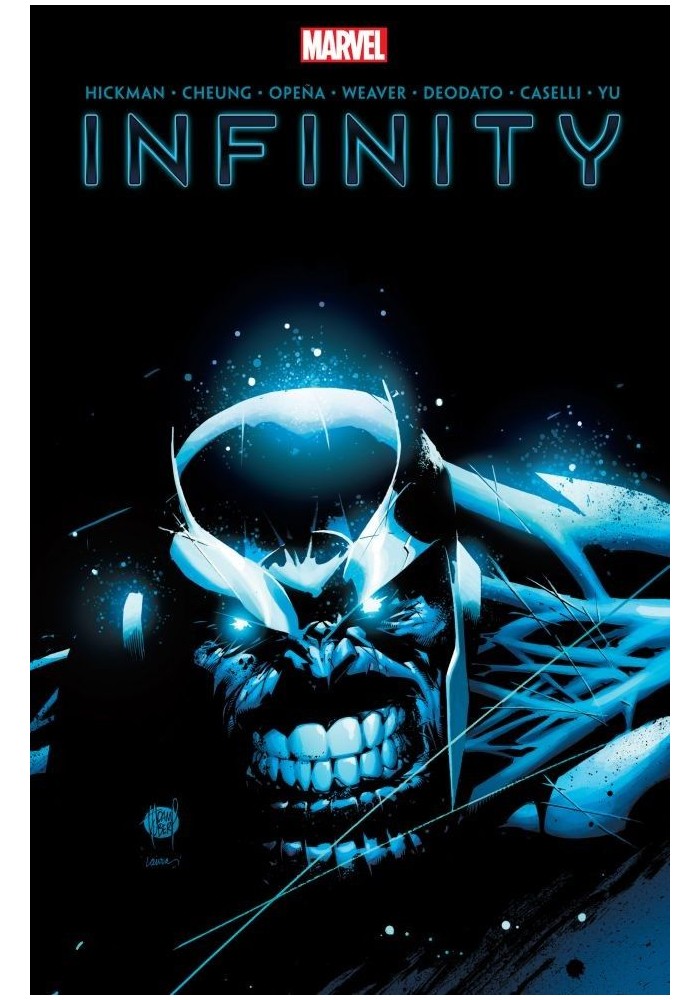 To save the world from ever-greater dangers, the Avengers got bigger. Yet when the oldest race in the universe marks Earth for destruction, it's time for Captain America to think grander still. As the most powerful Avengers team ever assembled heads into space to join an intergalactic alliance against the ancient Builders, an old enemy deems their home unprotected. Thanos, the Mad Titan, unleashes his forces on Earth in the latest chapter of his endless quest for death. But even a world without Avengers has its defenders. Among them, the secret cabal of history-shapers known as the Illuminati - a group riven with internal conflict already confronting another planet-ending crisis. As Earth's Mightiest Heroes wage war on multiple fronts, their battle for Infinity threatens to descend into Inhumanity.