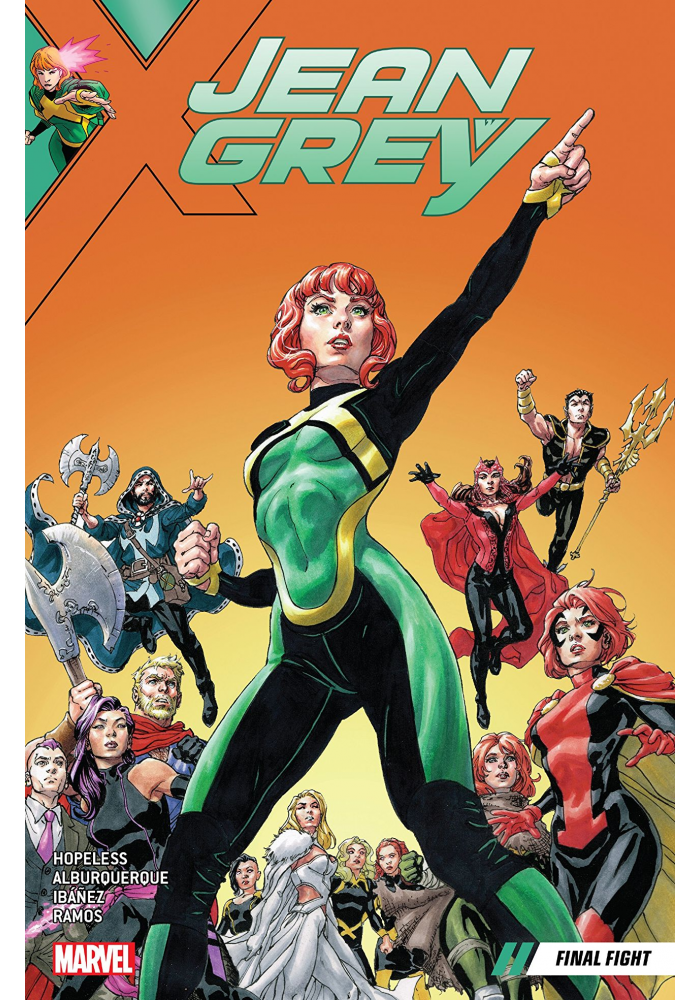 One, two, three, four, we declare a Psych War! The Phoenix Force is coming, and death and destruction follow in its wake! Jean has sought advice from across the Marvel Universe - including Namor, Thor and Psylocke - and now her quest continues with the Scarlet WitchÉand Emma Frost?! The White Queen may be Jean's only hope: a former Phoenix host who can prepare her and train her telepathic powers. But what price is the young X-Man willing to pay, and can Emma ever truly be trusted? As the arrival of the cosmic force of nature draws near, Jean calls in some backup: Quentin Quire, Hope Summers, Rachel Grey and the Cuckoos! But destiny decrees that everything will come down to this: Jean Grey vs. the Phoenix! Collecting JEAN GREY #7-11.