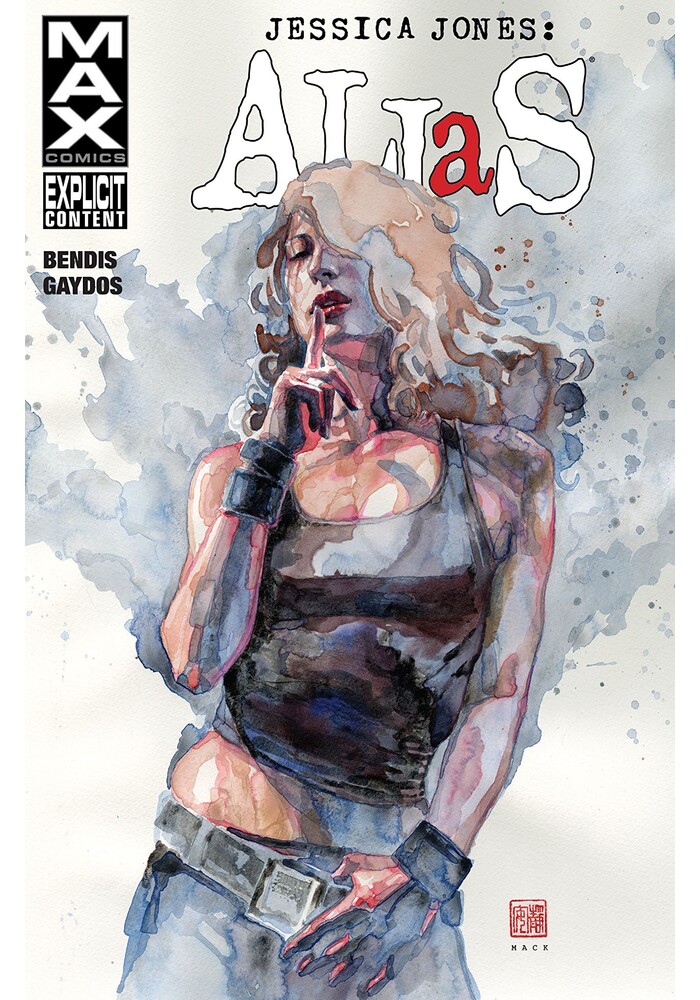 As a costumed adventurer, Jessica Jones was plagued by a lack of self-esteem and an inability to master her superhuman powers. Eventually she realized that she would forever be considered a second-rate super hero, and hung up her cape and tights. Now a tough-as-nails private investigator, Jessica returns home to find a mysterious girl in a costume hiding in her apartment, but the girl flies away before Jessica can find out who she is. Through sources, Jessica discovers that her intruder is Mattie Franklin, A.K.A. Spider-Woman, a teenage super hero with a connection to Daily Bugle publisher J. Jonah Jameson. Now, with Mattie in danger, Jessica Jones must seek help from an unlikely source - Jessica Drew, the original Spider-Woman - to bring her home alive! Collecting ALIAS 10 and 16-21. Explicit Content.