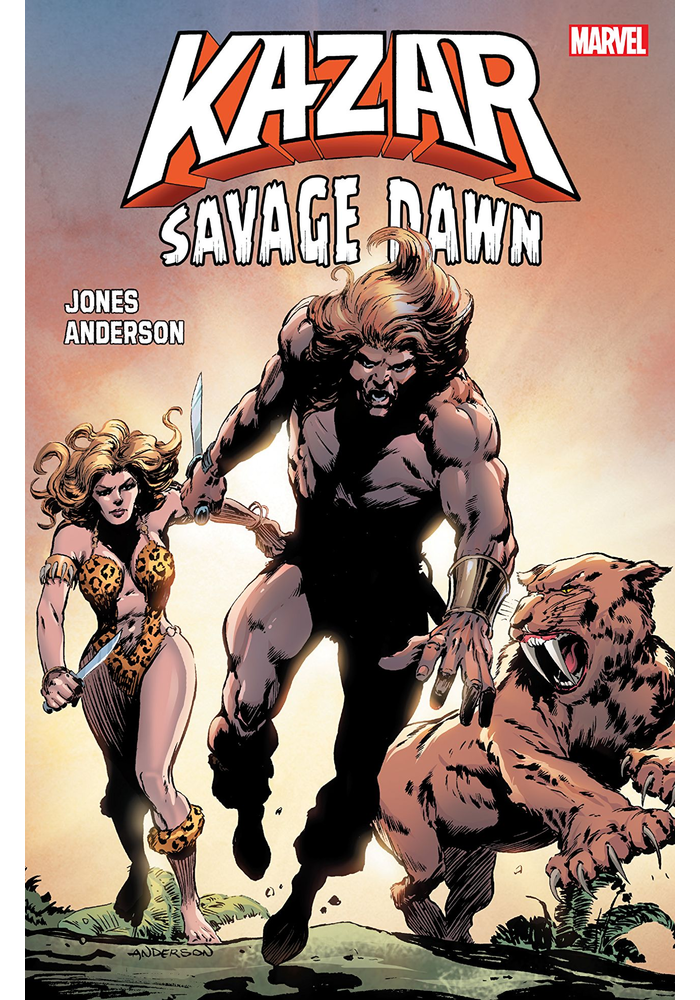 A new world for the jungle lord! A hunt for his faithful four-legged friend Zabu takes Ka-Zar beyond the Savage Land - into the ancient paradise of Pangea! But from shining citadels to the lofty heights of the Aerie Shalahn, it's filled with newfound friends - and fresh dangers! Caught between bird-people and pterons, will Kevin Plunder plunge to his doom, or find new love? One way or another, things are going to get complicated with Shanna, because the so-called she-devil isn't quite herself. As Ka-Zar wrestles with his restlessness, the stakes become life and death. Savage tales from a series that's one of Marvel's hidden gems! Collecting KA-ZAR THE SAVAGE 1-5.