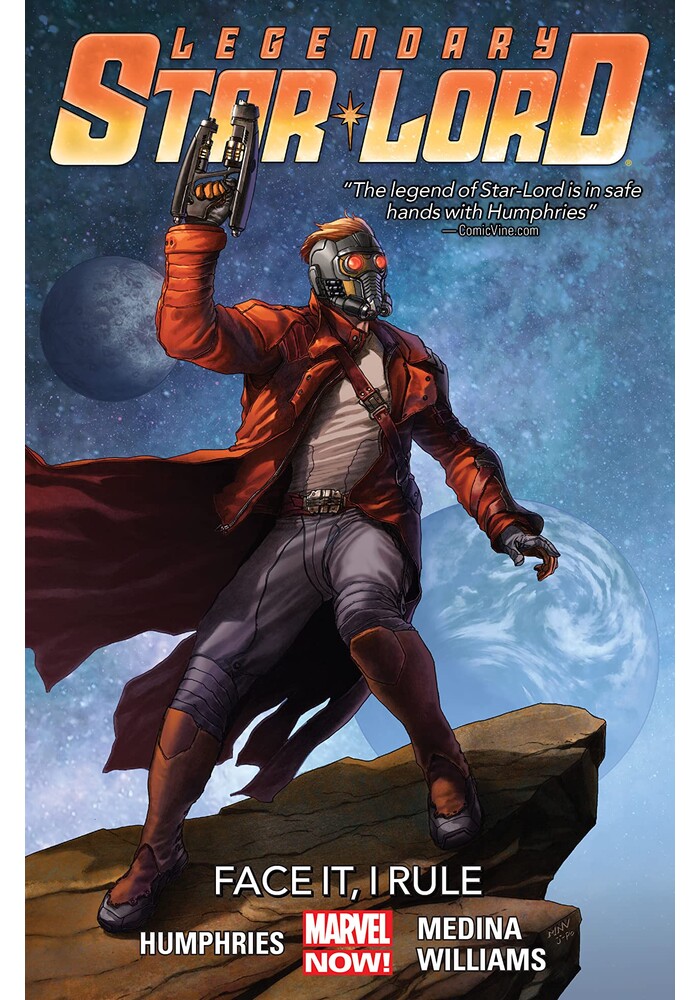 Exploding from the pages of GUARDIANS OF THE GALAXY! Peter Quill battles the Badoon, saves an orphanage and still finds time to flirt with the X-Men's Kitty Pryde - all in a day's work for the legendary Star-Lord! But when Peter is captured by a bounty hunter with a strange connection to his past, can the two make amends before he's fed to a giant alien? A Badoon death sentence isn't exactly Peter's idea of a good time - luckily, he's got an ace up his sleeve. But Star-Lord soon encounters the all-powerful Titan responsible for so much mayhem in his life: Thanos! It's the battle to end all battles, but can Star-Lord possibly get out alive?! If he does, the vicious Mister Knife and the ancient cosmic artifact known as the Black Vortex are waiting. Collecting LEGENDARY STAR-LORD 1-5.