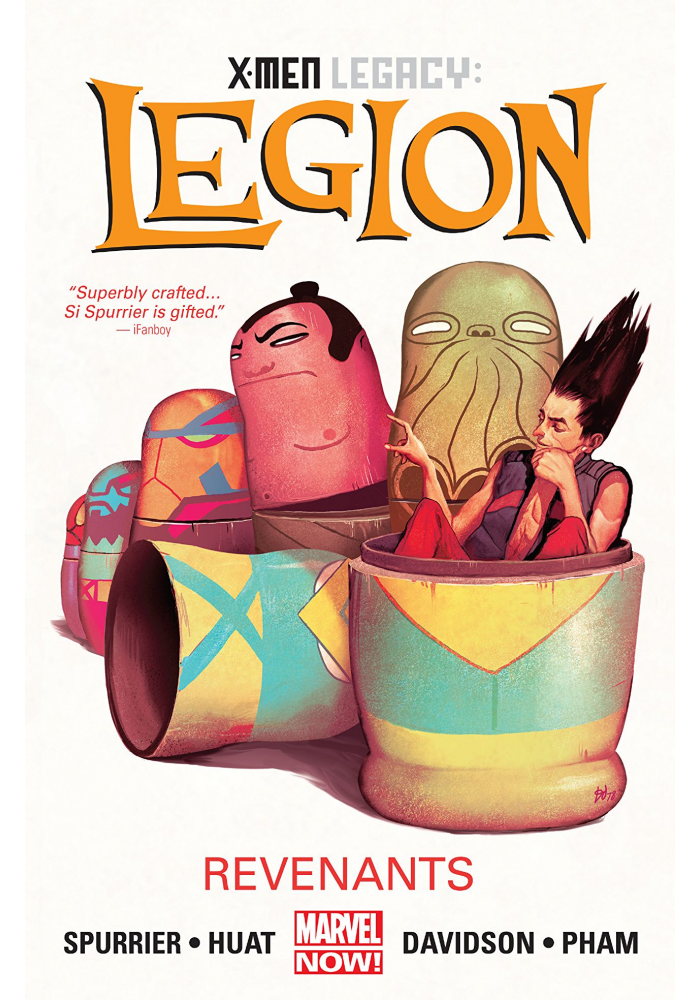 Legion travels to the UK to pre-emptively extinguish a threat to the reignited mutant race - but Pete Wisdom, head of Britain's paranormal intelligence agency, won't stand for crimes in the name of mutantkind on his turf! Who will win this game of superhuman spy vs. spy? Then: Legion and his mother, Gabrielle Haller, try to sort out their complicated relationship once and for all! How will this visit affect the monsters that haunt David's mind? Should some old memories remain buried? Finally, David and Blindfold confront the man who killed his father, Professor X - but Cyclops won't take their attack lying down! Can the son Xavier neglected and the man he adopted as his protege find common ground? Or does the river of resentment between these two 'brothers' run too deep? Collecting X-MEN LEGACY (2012) #13-18.