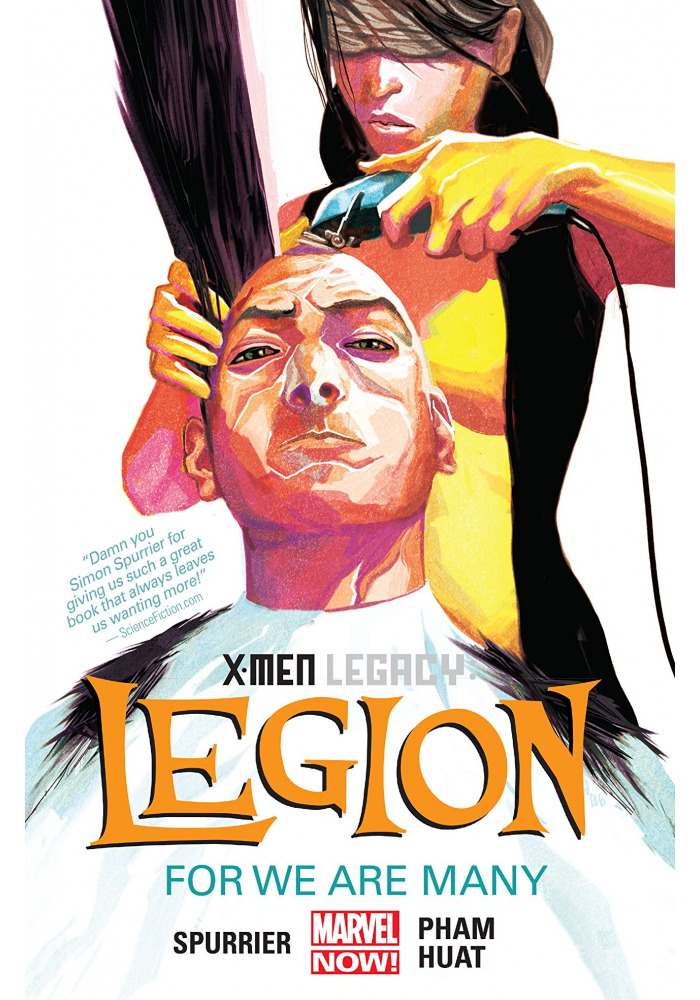 LEGION SON OF X TP VOL 04 FOR WE ARE MANY

The epic saga of Legion reaches its big finish, guest-starring the allies he's made along the way - and not all of them will emerge unscathed! One of Legion's most troublesome personalities threatens to annihilate an alien species, and S.W.O.R.D. director Abigail Brand is on the case - but will she be able to work with David to solve this extraterrestrial conundrum? Legion prepares for a final showdown with the monster in his mind that wears his dead father's face, but the demonic Professor X has escaped into the real world. What price will Legion pay to stop him from razing the Earth? And prophesied to stop Legion, will Young X-Man Blindfold take matters into her own hands and extinguish her first love? One thing's for sure: As this groundbreaking series concludes, anything is possible! Collecting X-MEN LEGACY (2012) #19-24.

Be the first to write a review!
Path: Home > AMERICAN > MARVEL TRADE PAPERBACKS > LEGION SON OF X TP VOL 04 FOR WE ARE MANY