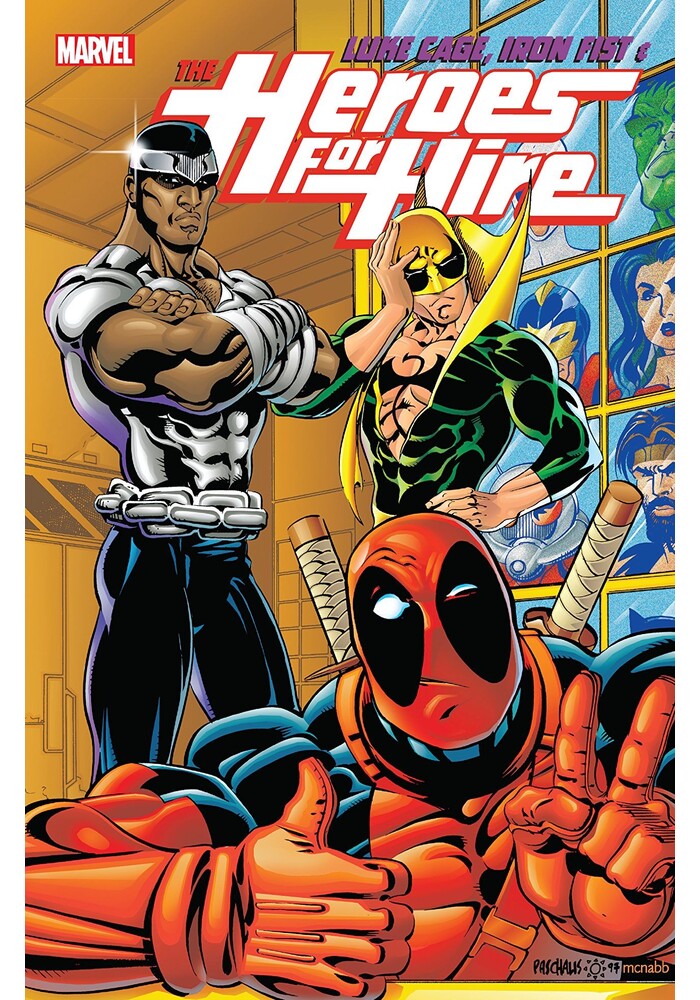 Hey heroes, are you hiring? If so, Deadpool is available! And he could come in handy as Luke Cage and Iron Fist's team takes on Silver Sable and her Wild Pack! But Misty Knight and Colleen Wing are probably a better fit to help out the shorthanded H4H - at least until Hercules, Black Knight and She-Hulk come back! But they return just in time for betrayal as the Master of the World makes his move - with devastating effects! White Tiger draws the Heroes into the Siege of Wundagore alongside Quicksilver - but with Man-Beast, Exodus and the High Evolutionary in the mix, who will take the citadel? Plus: mayhem in Madripoor with Wolverine and Shang-Chi! Luke and Shulkieon a date?! And the end of an era! Collecting HEROES FOR HIRE (1997) 10-19, QUICKSILVER 11-12 and HEROES FOR HIRE/QUICKSILVER ANNUAL 1998.