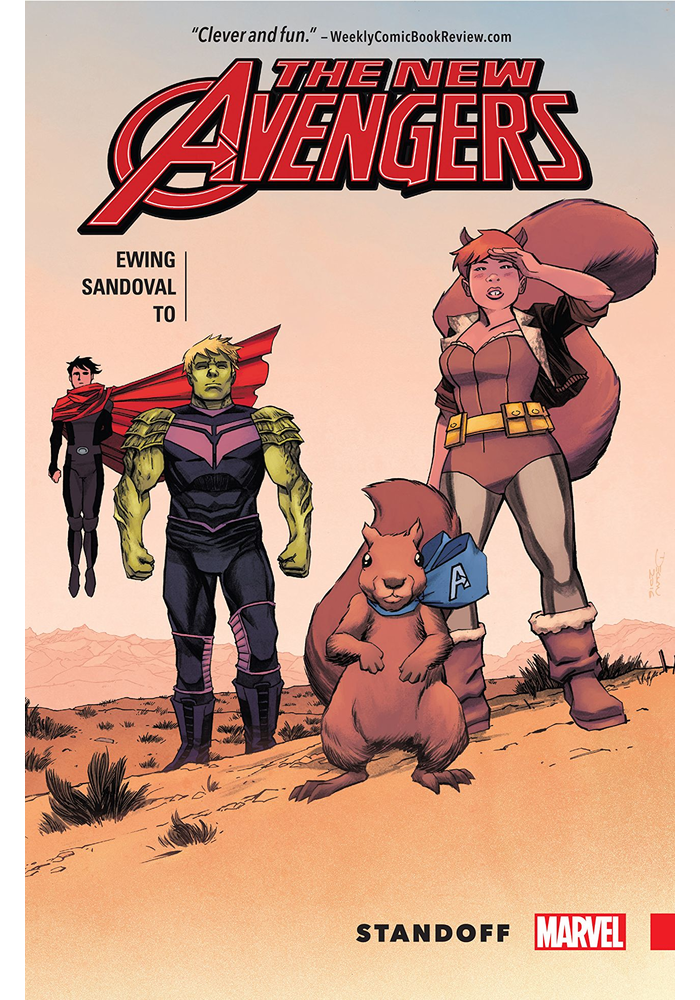 Avengers Idea Mechanics continues to fight the good fight, no matter what! The Maker is back! But what does the strange head of W.H.I.S.P.E.R. want with the White Tiger? And wait, which White Tiger is he targeting? Then, the New Avengers will be drawn into a STANDOFF involving all of Earth's Mightiest Heroes. They're a global rescue force, but what happens when they have to rescue someone from the clutches of S.H.I.E.L.D. itself? War is coming - and so is the American Kaiju! Up from the depths! Thirty stories high! He salutes the flag and eats apple pie! But how can Avengers Island possibly survive the ultimate weapon against renegade super-science? Maybe with Avenger Five, the ultimate mighty vehicle! Plus: A traitor is revealed! And so are Sunspot's secrets, as everything comes tumbling down! Collecting NEW AVENGERS (2015) 7-11.