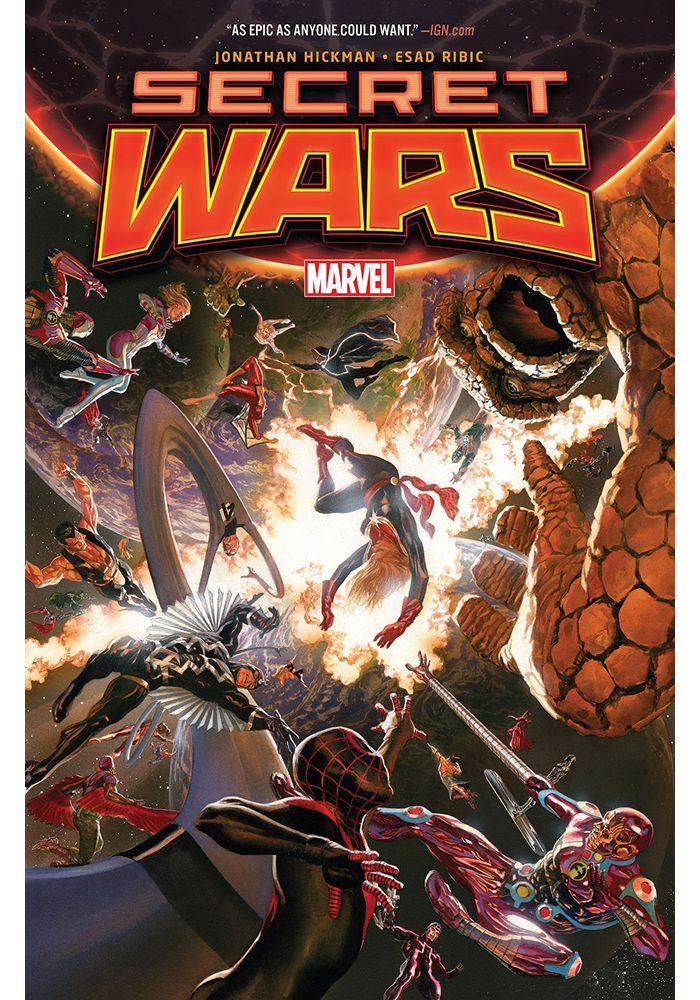 The Marvel Universe is no more! The interdimensional Incursions have eliminated each and every alternate universe one by one. And now - despite the best efforts of scientists, sages and superhumans - the Marvel Universe and Ultimate Universe have collidedand been destroyed! All that exists in the vast empty cosmos is a single, titanic patchwork planet made of the fragmented remains of hundreds of devastated dimensions: Battleworld! And the survivors of this multiversal catastrophe all bend their knee to Battleworld's master: Doctor Doom! What strange creatures inhabit this world? Which familiar faces will return? And what happens when Battleworld's domains go to war? The Marvel Universe is dead - and the victors of the Secret Wars will determine what comes next! Collecting SECRET WARS (2015) 1-9 and material from FREE COMIC BOOK DAY 2015 (SECRET WARS) 0.