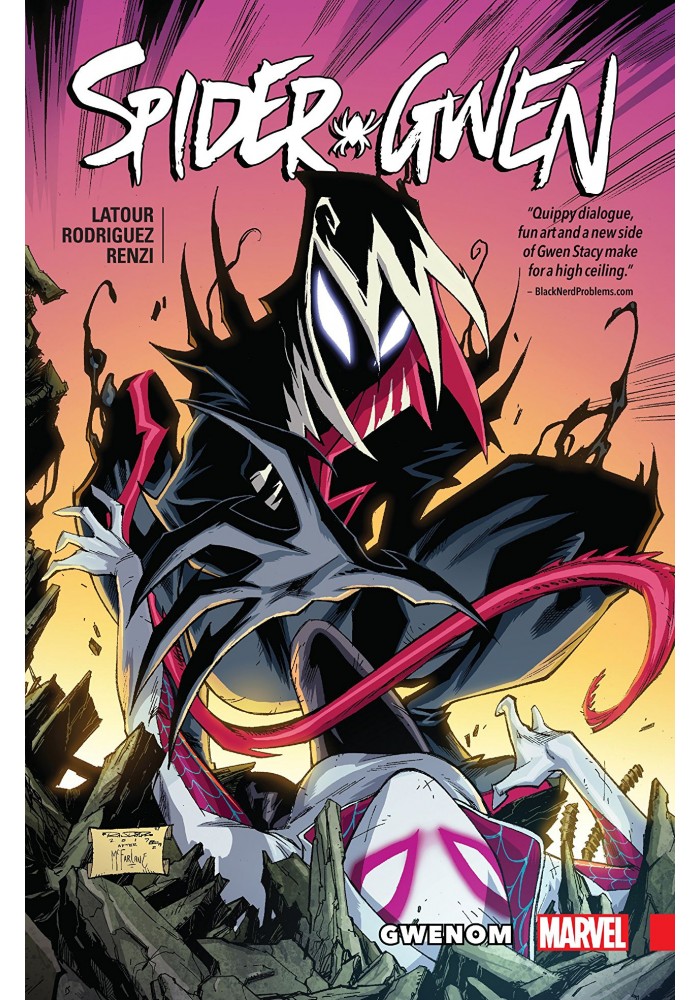 What's the next evolutionary step for Gwen Stacy, Spider-Woman? Would you believe - Gwenom?! Gwen's life irrevocably changes as she bonds with her universe's version of the Venom symbiote. What does this change mean for her relationship with crime kingpin Matt Murdock? With her father? WithÉthe Osborns?! Is any relationship in Gwen's life safe? It's Spider-Gwen like you've never seen her before - and this time, there's no easy fix! The police and S.H.I.E.L.D. are after her - giving in to the symbiote's power may be her only hope! But is saving her skin worth losing herself? Because Venom has a way of turning spider-powered hosts against their allies - like Captain America! And when Cap comes calling to find out what's gotten into Gwen, a friendly check-in turns into a no-holds-barred back-alley brawl! Collecting SPIDER-GWEN (2015B) #24-29.