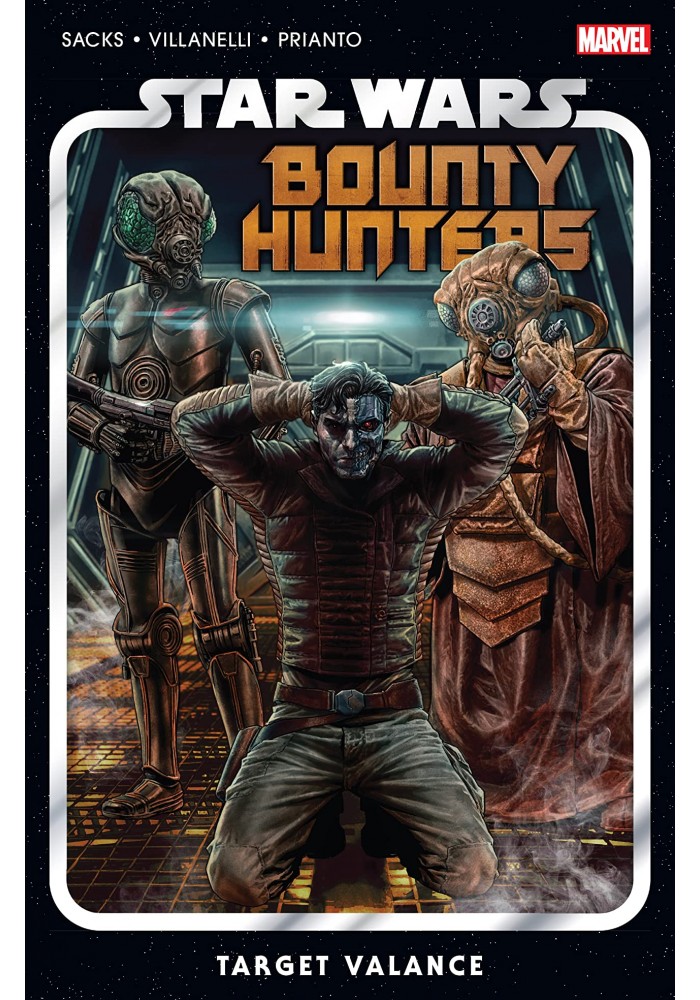 With precious cargo and a price on his head, Valance must turn to the one person he can trust. But the Unbroken Clan has sent a unique and deadly pair of bounty hunters after him: No one in the galaxy can escape the combined cunning of 4-LOM and Zuckuss! Wounded and on the run, Valance reunites with a long-lost love in a secret rebel base - but the deadliest bounty-hunting duo in the galaxy is closing in, and they brought an army of Clone War-era battle droids with them! As Valance makes a desperate gambit to survive, he'll risk the wrath of pirates in the Outer Rim...and set himself on a collision course with his old rival Dengar! Plus: Bossk finds himself the hunted rather than the hunter on the forest world of Malastare! Collecting STAR WARS: BOUNTY HUNTERS #6-11.