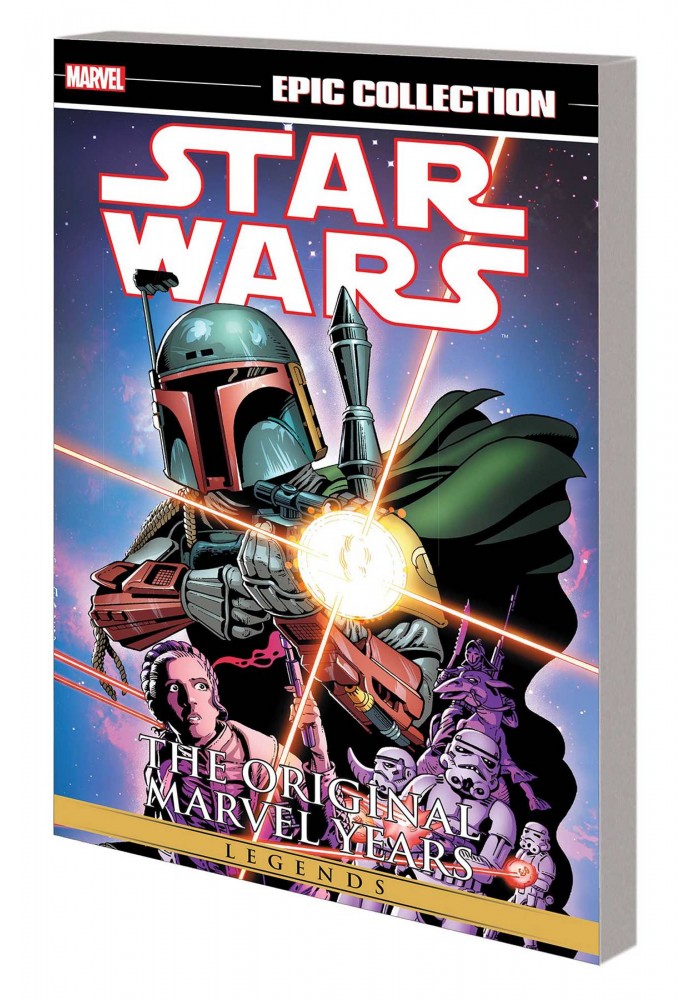 The search for Solo! The lovable rogue, frozen in carbonite, has been taken to Jabba the Hutt - and our favorite rebels want Han back! But as Lando Calrissian returns to find Cloud City a death trap, R2-D2 and C-3PO face a dangerous spacewalk! Elsewhere, Luke Skywalker braves a beast on Bazarre - and joins Chewbacca inside a Mind Spider! Leia undertakes an explosive mission! Shira Brie shares the story of her people! And in the wake of tragedy, Luke becomes a pariah! Screams in the void and threats like the Darker unsettle our heroes, but the hunt for Han soon leads the crew to bounty hunters Dengar, Bossk and IG-88! And the bizarre discovery of a golden statue of their lost friend leads to revelations from Han and Chewie's past! Collecting STAR WARS (1977) #56-73 and STAR WARS ANNUAL (1979) #2.
Be the first to write a review!
Path: Home > AMERICAN > MARVEL TRADE PAPERBACKS > STAR WARS LEGENDS EPIC COLL ORIGINAL MARVEL YEARS TP VOL 04