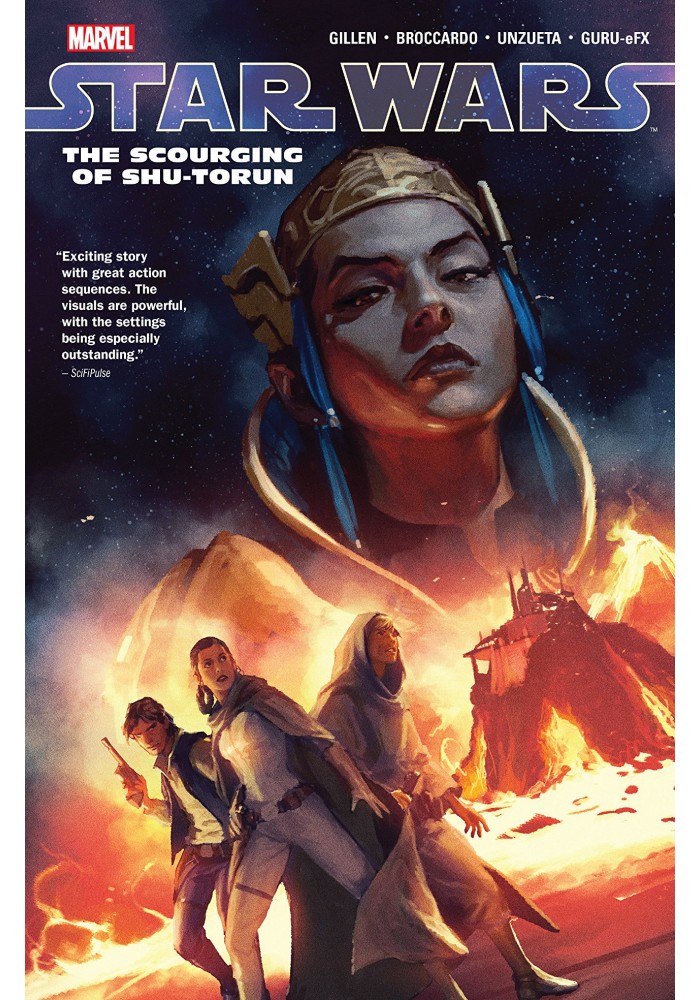 Kieron Gillen's run reaches its cataclysmic end! With her planet under threat, a brave royal battles to save it! No, not Princess Leia - this time it's Queen Trios of Shu-Torun, ally to Darth Vader and the Empire! And Leia is the one on the attack, with an all-star team and a plan her enemy won't see coming! But some members of Leia's squad have schemes of their own. Meanwhile, Kanchar returns with his amazing cybernetic arm. And Luke Skywalker must hold out against the overwhelming force of…his own allies?! Plus: Just when you think things couldn't get worse for the rebels, they must find a way to survive an orbital bombardment! Will anyone escape Shu-Torun alive? Collecting STAR WARS (2015) #62-67.