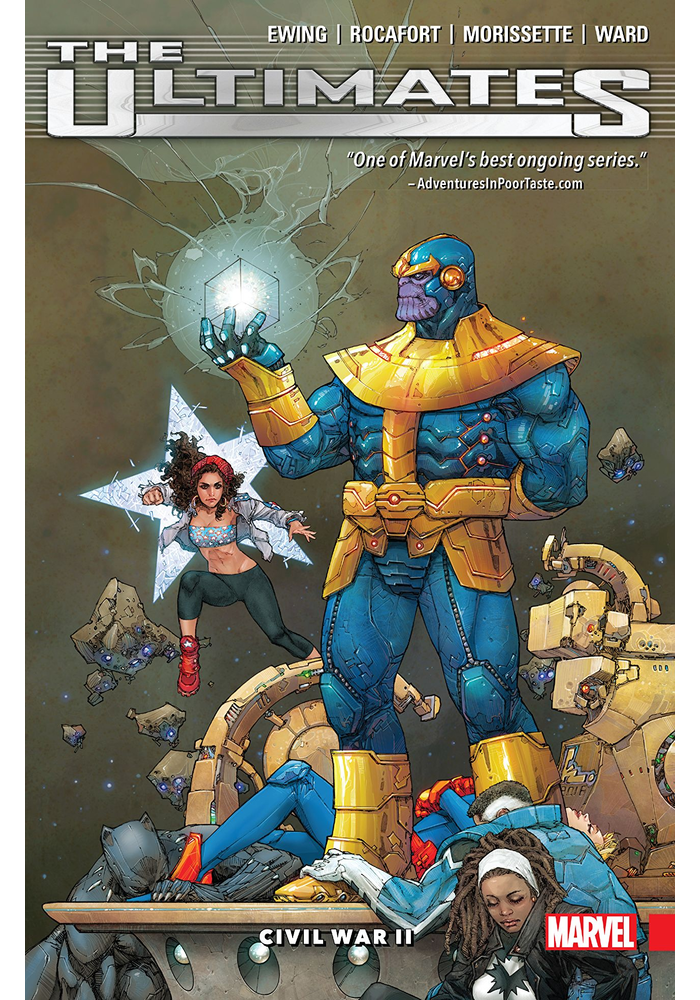 Thanos targets Project: P.E.G.A.S.U.S.! And while the rest of Earth's heroes have their hands full with CIVIL WAR II, it's the Ultimates' job to stop the Mad Titan. Unfortunately, they won't be enough! Amid revelations about the team's origin, the Ultimates race against time to stop the foretold coming ofthe Macronaut! But as cracks among the Ultimates begin to widen, Thanos isn't the only one waiting for his moment to strike. The team was formed to tackle the impossible - but when war reaches the heroes' doorstep, they may have found the one problem they can't solve: themselves! Can the Ultimates resolve their differences and come together in time to face the real threat, or will Thanos and his new acolyte destroy them all? Meanwhile, in deep space, Galactus the Lifebringer makes a fateful decision!