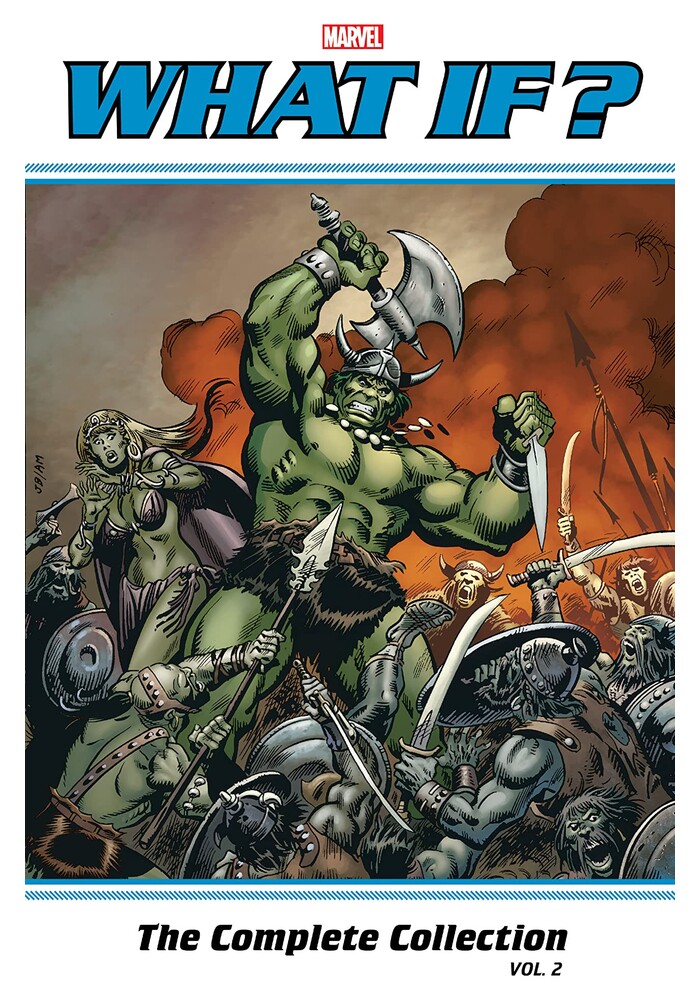 Classic tales of boundless imagination from the Marvel Multiverse! Uatu the Watcher asks some of the biggest 'What if?' questions of all - beginning with what if Conan the Barbarian walked the Earth today?! Join Sgt. Fury and his Howling Commandos - in space! Consider the possibilities if someone else had become Nova! And find out what would have happened if Ghost Rider, Spider-Woman and Captain Marvel had remained villains! Stephen Strange becomes a disciple of Dormammu, Spider-Man stops the burglar before Uncle Ben is killed, and the Avengers fight the Kree/Skrull War without Rick Jones! But can you visualize a world in which Susan Storm marries Namor, the Sub-Mariner? Or one in which Doctor Doom becomes a hero? Plus: What if the Hulk's girlfriend Jarella didn't die? And what if the radioactive spider bit Aunt May?! Collecting WHAT IF? (1977) #13-15 and #17-23.

Be the first to write a review!
Path: Home > AMERICAN > MARVEL TRADE PAPERBACKS > WHAT IF CLASSIC COMPLETE COLLECTION TP VOL 02