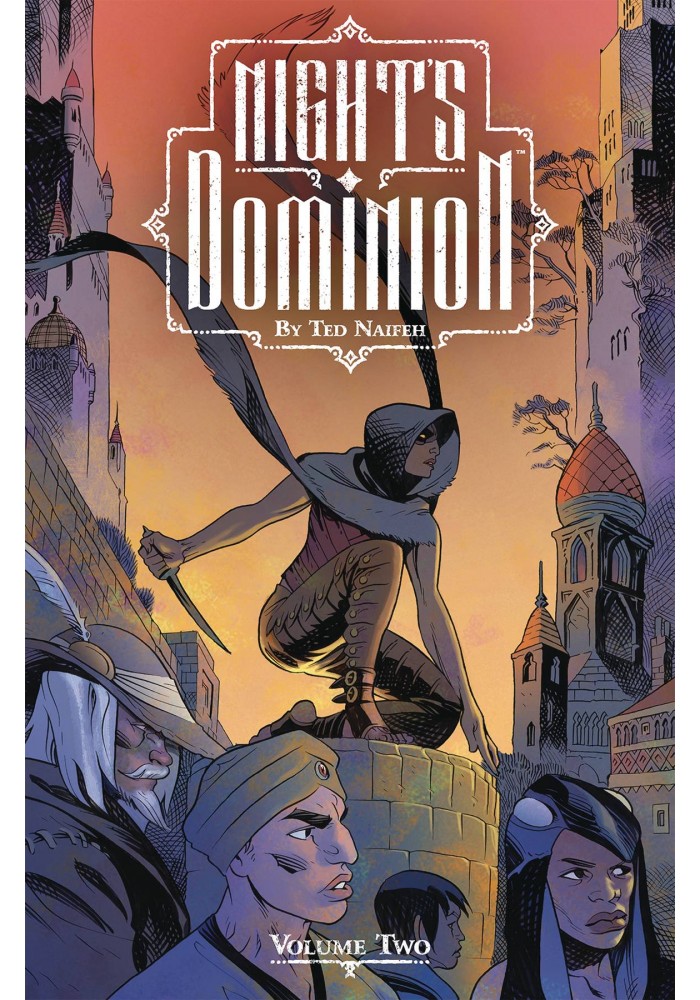 The cult of Uhlume has been eradicated, thanks to Emerane and her companions. Still, the city has not recovered from the hard-won battle against the undead army -- and Emerane has not recovered from the trauma of killing the person she held most dear. When Asps target the city's Alderman and a new peacekeeping for rises to power, with Emerane be able to save the city she hates the second time? Or will this new foe, with the power of both the city and the law behind him, take her down?
Be the first to write a review!
Path: Home > AMERICAN > ONI PRESS TRADE PAPERBACKS > NIGHTS DOMINION TP VOL 02