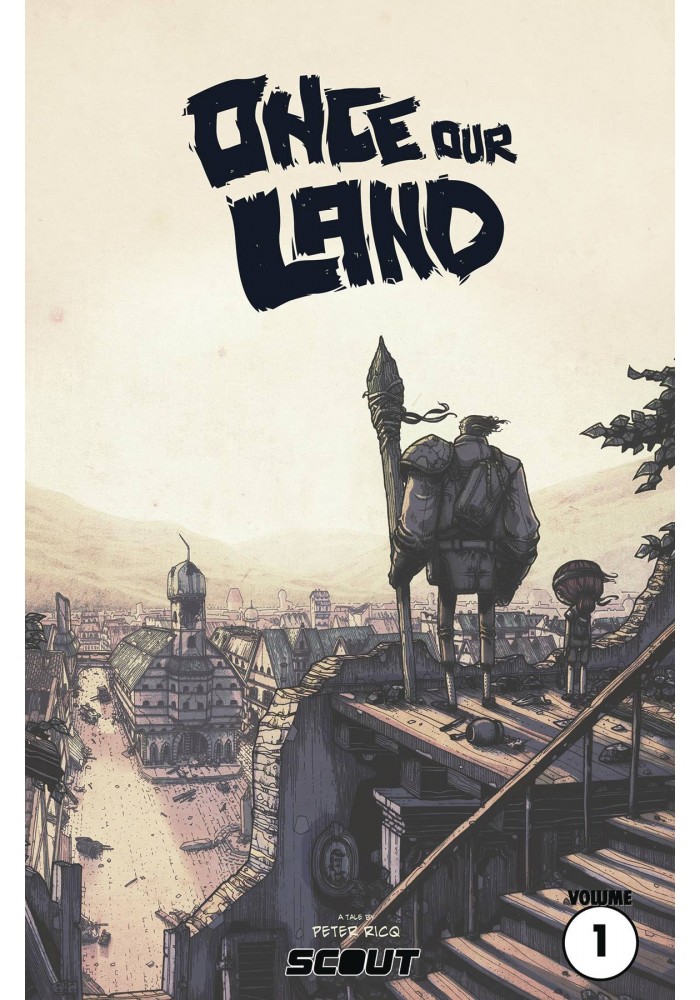 Collecting Volume One of the long sold-out series in a newly remastered edition! The complete story in English for the first time! Once Our Land is a post-apocalyptic tale set in 1830's Germany where monsters have appeared and wiped out most of humanity. It is the tale of two survivors - Ingrid, an eleven-year-old girl who never gives up no matter the outcome, and Fritz, a 62-year-old warrior who carries a big heart - as they battle each day against mysterious invaders that have surfaced and wiped out everything they once knew and loved. It's a fantasy, sci-fi, period, and action story rolled into one epic package! Including a special behind-the-scenes peek into the making of Once Our Land and featuring a special pin-up gallery!
Be the first to write a review!
Path: Home > AMERICAN > SCOUT COMICS TRADE PAPERBACKS > ONCE OUR LAND TP VOL 01 REMASTERED ED