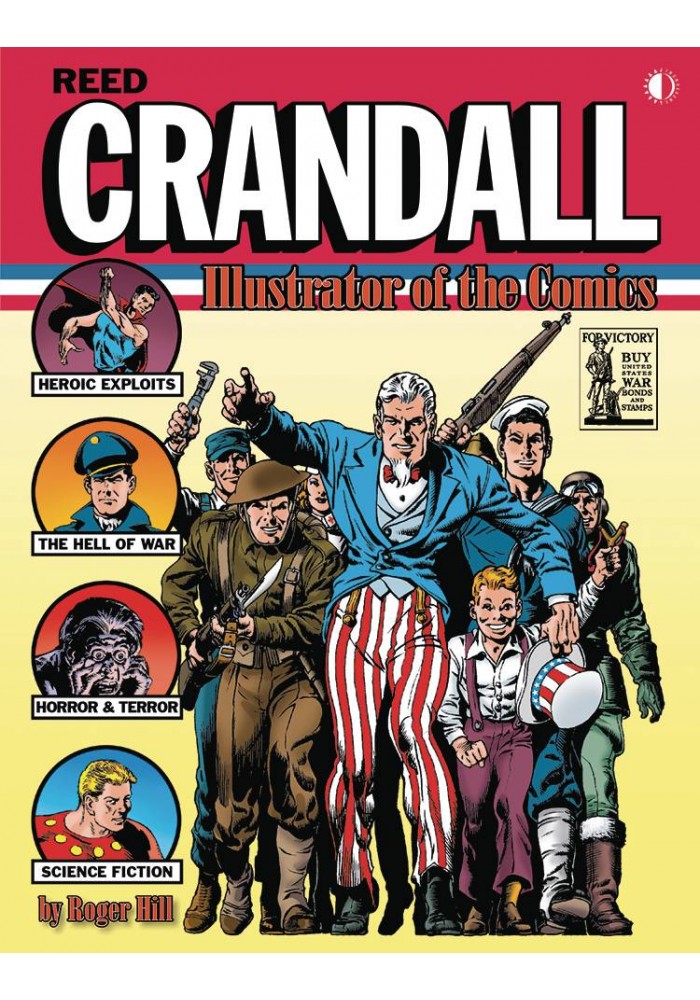 New Softcover Edition! From the 1940s to the '70s, Reed Crandall brought a unique and masterful style to American comic art. Using an illustrator's approach on everything he touched, Crandall gained a reputation as the 'artist's artist' through his skillful interpretations of Golden Age super-heroes Doll Man, The Ray, and Blackhawk (his signature character); horror and sci-fi for the legendary EC Comics line; Warren Publishing's Creepy, Eerie, and Blazing Combat; the THUNDER Agents and Edgar Rice Burroughs characters; and even Flash Gordon for King Features. Comic art historian Roger Hill has compiled a complete and extensive history of Crandall's life and career, from his early years and major successes, through his tragic decline and passing in 1982. This full-color hardcover includes never-before-seen photos, a wealth of rare and unpublished artwork, and over eighty thousand words of insight into one of the true illustrators of the comics.
Be the first to write a review!
Path: Home > AMERICAN > TWOMORROWS PUBLISHING TRADE PAPERBACKS > REED CRANDALL ILLUSTRATOR OF COMICS SC