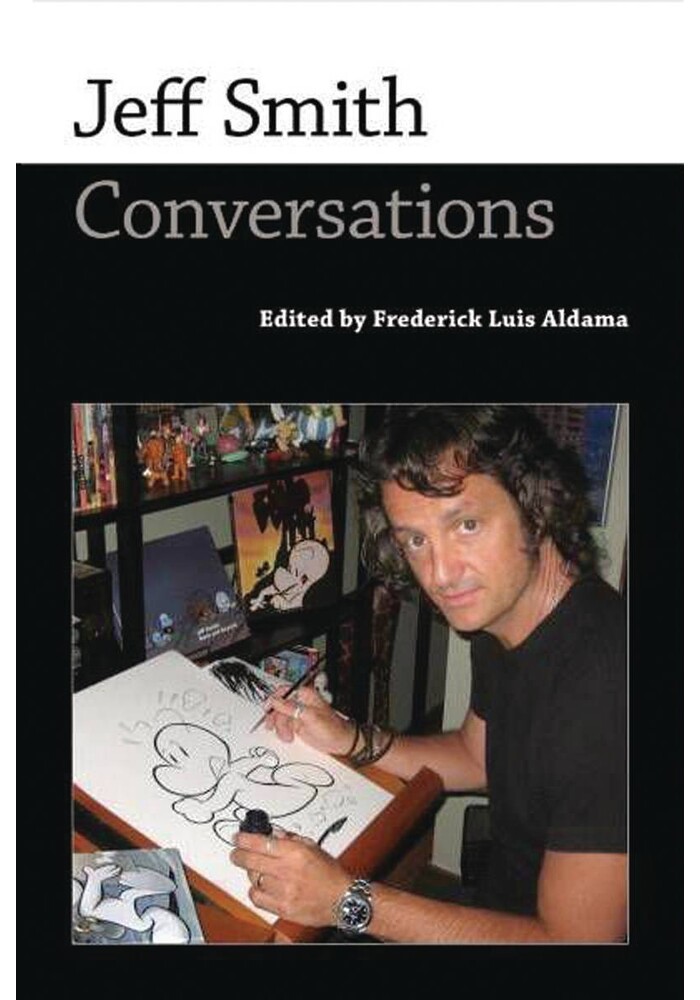 First with his magisterial fantasy Bone to his mind-bending, time-warping sci-fi noir RASL, Paleolithic-set fantasy Tьki: Save the Humans, arthouse-styled superheroic miniseries Shazam!, and his latest children's book Smiley's Dream Book, Jeff Smith (b. 1960) has made an indelible mark on the comics industry. As a child, Smith was drawn to Charles Schulz's Peanuts, Carl Barks's Donald Duck, and Walt Kelly's Pogo, and he began the daily practice of drawing his own stories. After writing his regular strip Thorn for The Ohio State University's student paper, Smith worked in animation before creating, writing, and illustrating his runaway success, Bone. This volume collects career-spanning interviews with Smith.
Be the first to write a review!
Path: Home > AMERICAN > UNIVERSITY PRESS OF MISSISSIPPI TRADE PAPERBACKS > JEFF SMITH CONVERSATIONS SC