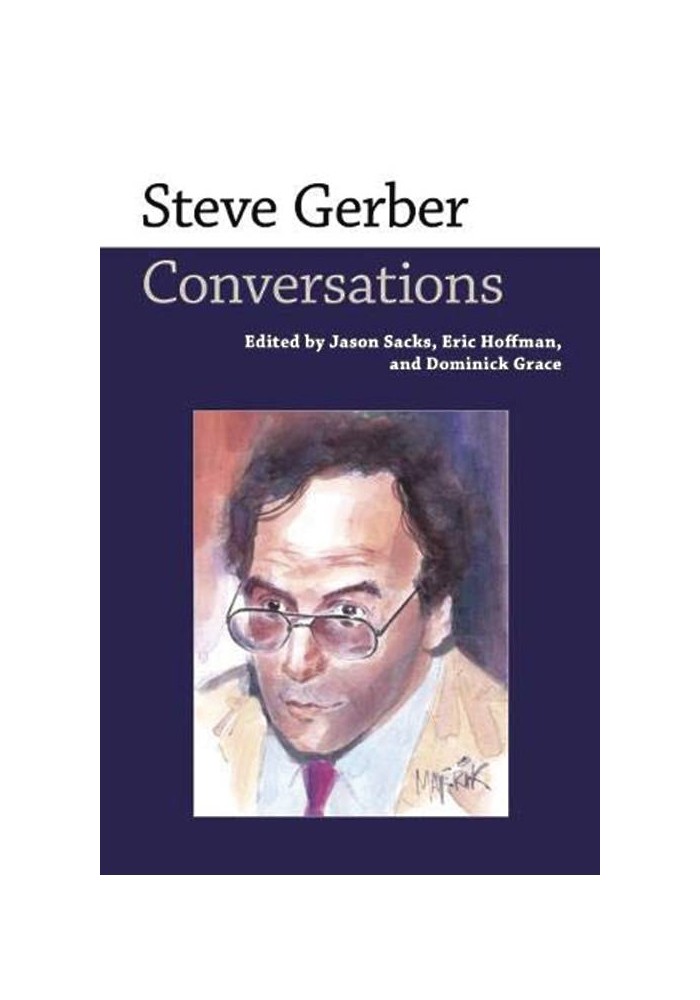 Steve Gerber (1947-2008) is among the most significant comics writers of the modern era. Best known for his magnum opus Howard the Duck, he also wrote influential series such as Man-Thing, Omega the Unknown, The Phantom Zone, and Hard Time, expressing a combination of intelligence and empathy rare in American comics. This volume follows Gerber's career through a range of interviews, beginning with his height during the 1970s and ending with an interview with Michael Eury just before Gerber's death in 2008. The volume concludes with selections from Gerber's dialogue with his readers and admirers in online forums and a Gerber-based Yahoo Group, wherein he candidly discusses his many projects over the years.
Be the first to write a review!
Path: Home > AMERICAN > UNIVERSITY PRESS OF MISSISSIPPI TRADE PAPERBACKS > STEVE GERBER CONVERSATIONS SC