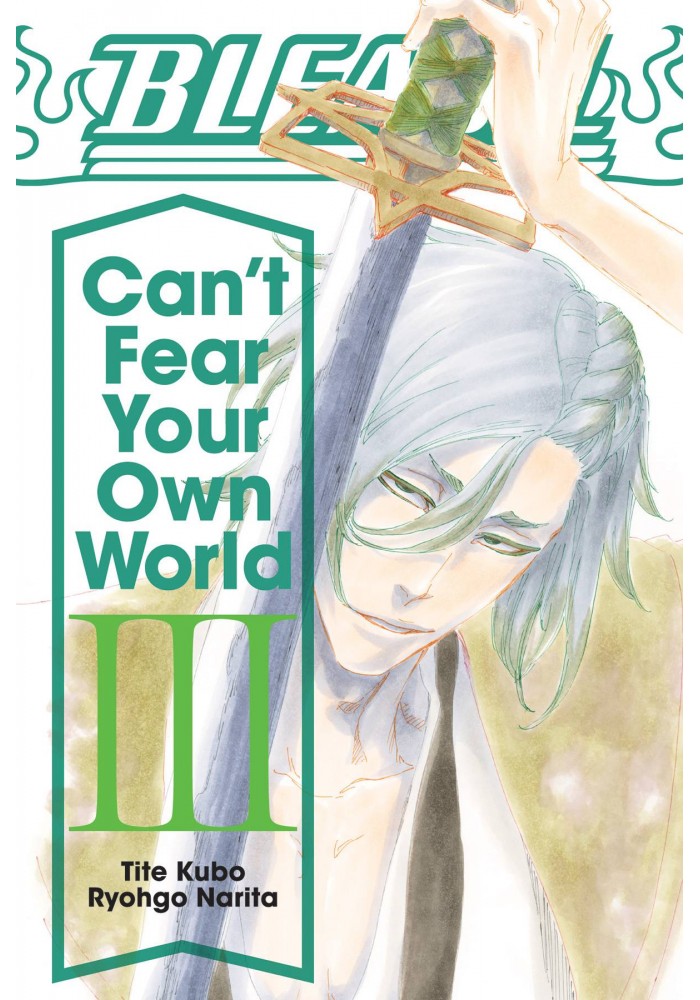 Hikone Ubugino and Tokinada Tsunayashiro's combined powers make a mockery of the strongest of the Soul Reapers, Arrancars, Quincies, and Fullbringers in this epic conclusion to the Can't Fear Your Own World arc! As the Soul Society's secrets are brought to light, the full terror of Tokinada's plan is revealed. In the midst of this, Shuhei Hisagi discovers the true ability of his zanpaku-to and the meaning of its name. Can a blade that controls death also sever the consequences of death? A host of powerful characters-including Kenpachi Zaraki and Grimmjow Zaraki Jeagerjaques-make an appearance in the decisive battle, and the volume is complemented by a generous selection of Tite Kubo illustrations!
Be the first to write a review!
Path: Home > AMERICAN > VIZ MEDIA MANGAS > BLEACH CANT FEAR YOUR OWN WORLD LIGHT NOVEL SC VOL 03