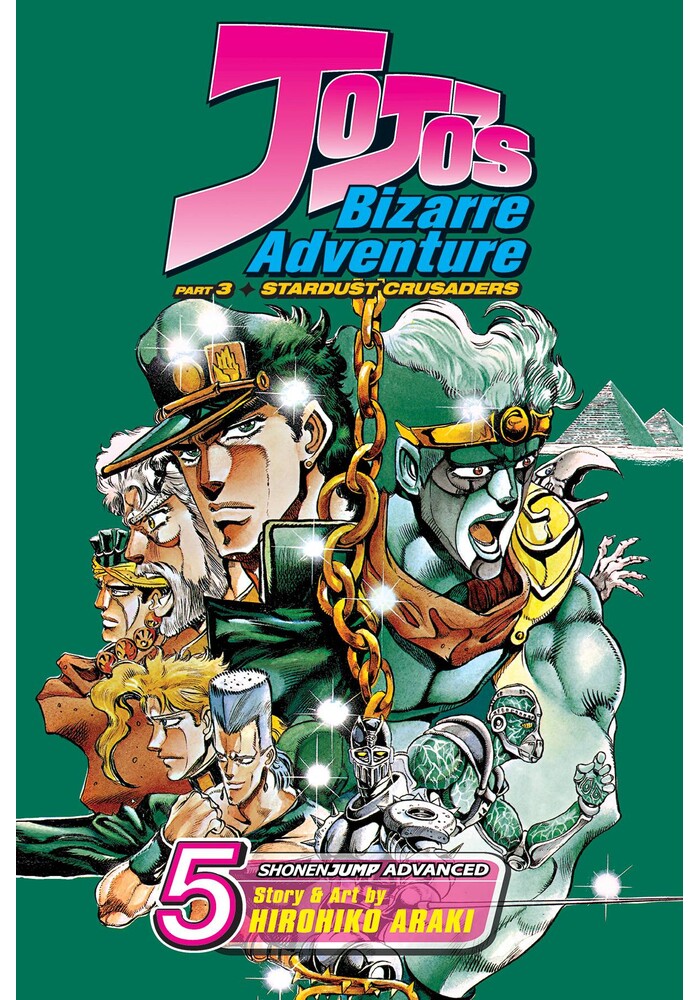 City of Death
Pursued by the deadly treads of "Wheel of Fortune," the heroes cross from India to Pakistan, where they spend the night in an ancient, fog-shrouded town. But little do they know that they have walked into the hands of their enemy...the twin right hands of Enyaba Geil, who wants bloody revenge on the men who killed her son! Invaded by Enyaba's stand "Justice," the heroes' own bodies turn against them, while an army of zombies slouches closer. Will they escape...or will they be dead by dawn?