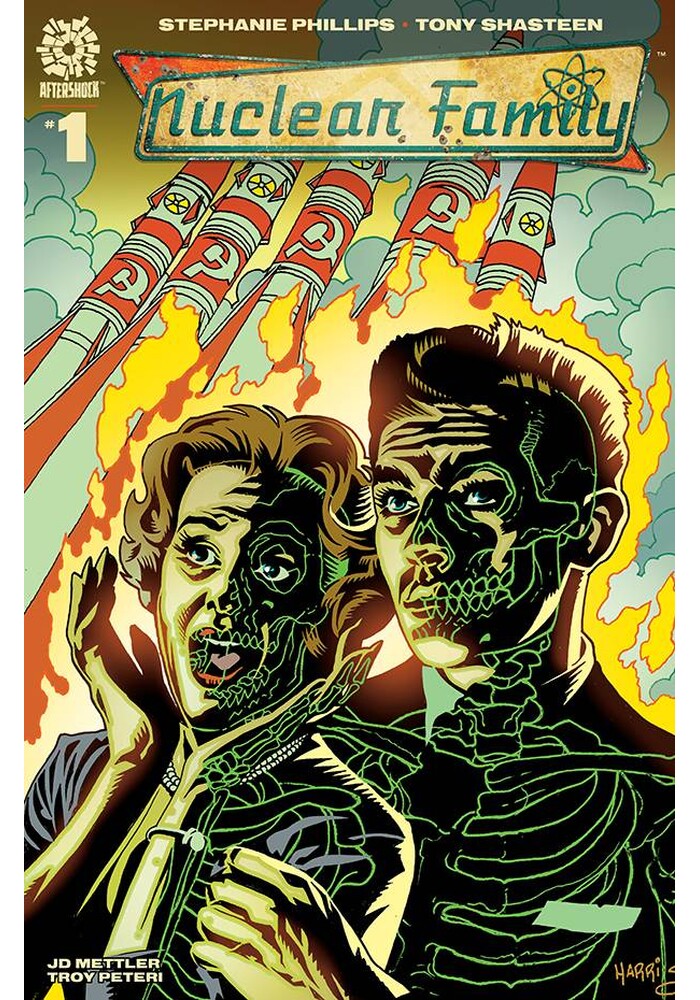 America,1957. Elvis dominates the airwaves and apple pie is served after every meal. But,with the dark cloud of nuclear holocaust looming,Korean War vet Tim McClean's major concern is taking care of his family in the atomic age. When the first bomb does drop on an unexpecting Midwest city,Tim and his family find themselves plunged into a strange new world,where what's left of the Unites States has gone underground while continuing to wage war on Russia with unthinkable tactics. Based on Philip K. Dick's short story Breakfast at Twilight,NUCLEAR FAMILY is written by Stephanie Phillips (Butcher of Paris,Heavy Metal,ARTEMIS AND THE ASSASSIN,RED ATLANTIS) and illustrated by Tony Shasteen (Star Trek). It is Cold War era science fiction at its most timely and terrifying.