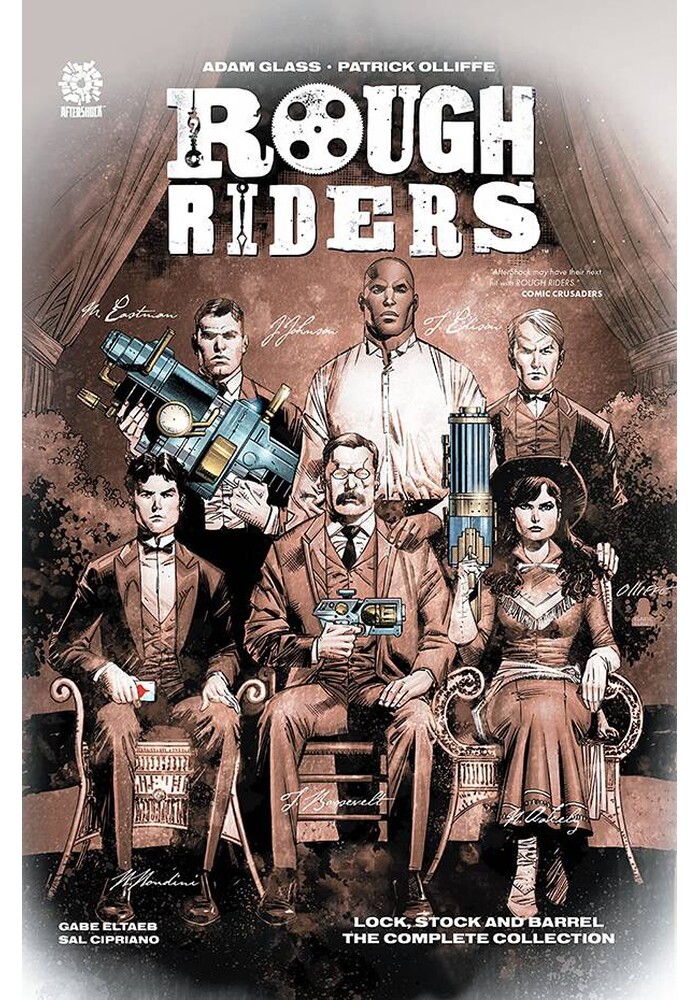 Led by a young Theodore Roosevelt, a motley crew of soon-to-be American legends must work together to solve a mystery that threatens all of existence. Harry Houdini - street magician and master of misdirection. Annie Oakley - a washed-up entertain-er, eager for a chance to prove herself in a real war. Jack Johnson - an undefeated brawler and the son of ex-slaves, determined to get his shot at the heavyweight championship... When a terrifying alien technology destroys the USS Maine, these unlikely allies set sail for bloody Cuba, into the heart of a brewing conflict, to wage a shadow war against the greatest threat mankind has ever known. Before they were famous, they were... ROUGH RIDERS. Created and written by Adam Glass (THE LOLLIPOP KIDS, MARY SHELLEY MONSTER HUNTER) with artwork by Patrick Olliffe (Untold Tales of Spider-Man), this robust hardcover contains the entire series, ROUGH RIDERS (1-7), ROUGH RIDERS: RIDERS ON THE STORM (1-6) and ROUGH RIDERS: RIDE OR DIE (1-4).
Be the first to write a review!
Path: Home > COMIC BOOKS > AFTERSHOCK COMICS SERIES > ROUGH RIDERS COMPLETE SERIES HC