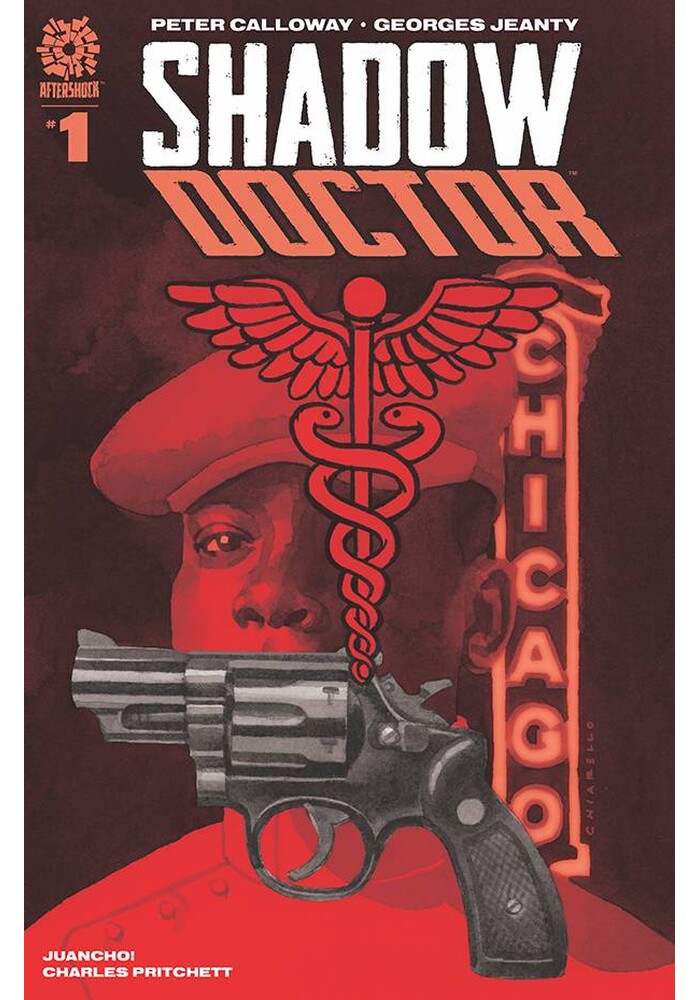 Years in the making,this is the true story of writer Peter Calloway's grandfather,Nathaniel Calloway,a Black man who graduated from medical school in the early 1930's. Unable to get work at any Chicago hospitals because he was Black,and unable to secure a loan from a bank to start his own practice because he was Black,he turned to another source of money in Prohibition-era Chicago: the Mafia,run by none other than Al Capone. As Calloway himself says,'On the one hand,his story represents the promise of Ameri-ca. On the other hand,it shows the worst of it.'
Be the first to write a review!
Path: Home > COMIC BOOKS > AFTERSHOCK COMICS SERIES > SHADOW DOCTOR #1 CHIARELLO VAR