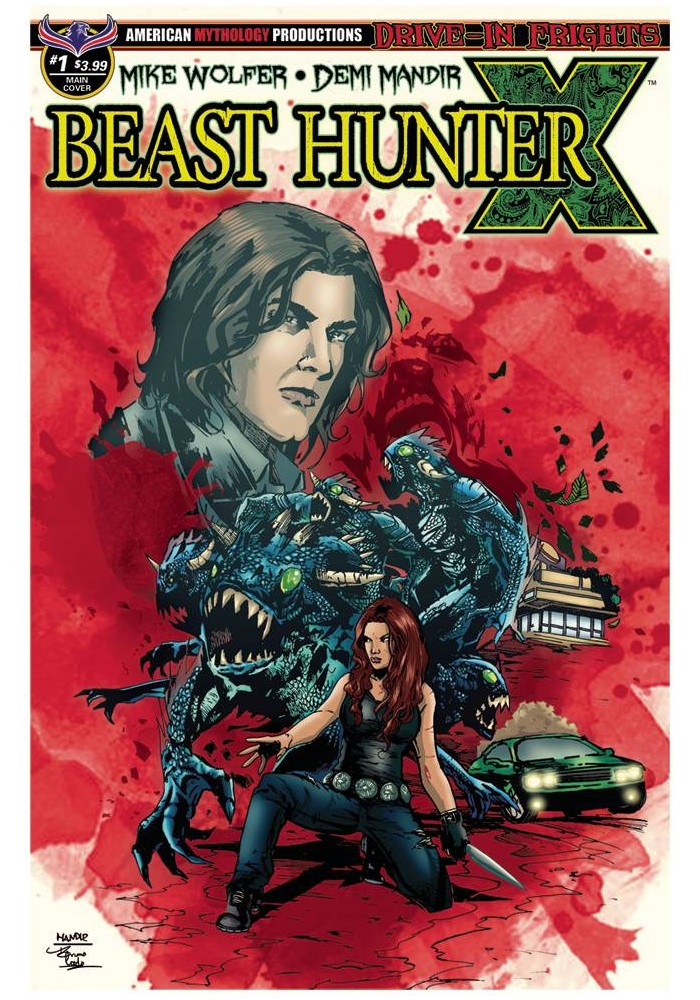 American Mythology's all-new line of 'Drive-In Frights' begins NOW! For centuries,they have preyed upon Mankind: Vampires. Werewolves. The hideous,supernatural creatures of the night. Now,the monsters of legend are being exterminated,facing certain extinction at the hands of a new breed... The super-beasts,more cunning,bloodthirsty and unstoppable than their predecessors! Only one man has the power to crush the genocidal rebellion and save the Earth's first monsters... One man who is one of their own: Count Eckstein,vampire. But there's no way in Hell that he can do it without the help of a young woman named Sarah,who hides an incredible and monstrous secret that just might save the world! Available in two drive-in classic covers by Richard Bonk & Demi Mandir!
Be the first to write a review!
Path: Home > COMIC BOOKS > AMERICAN MYTHOLOGY COMICS SERIES > BEAST HUNTER X #1 (MR)