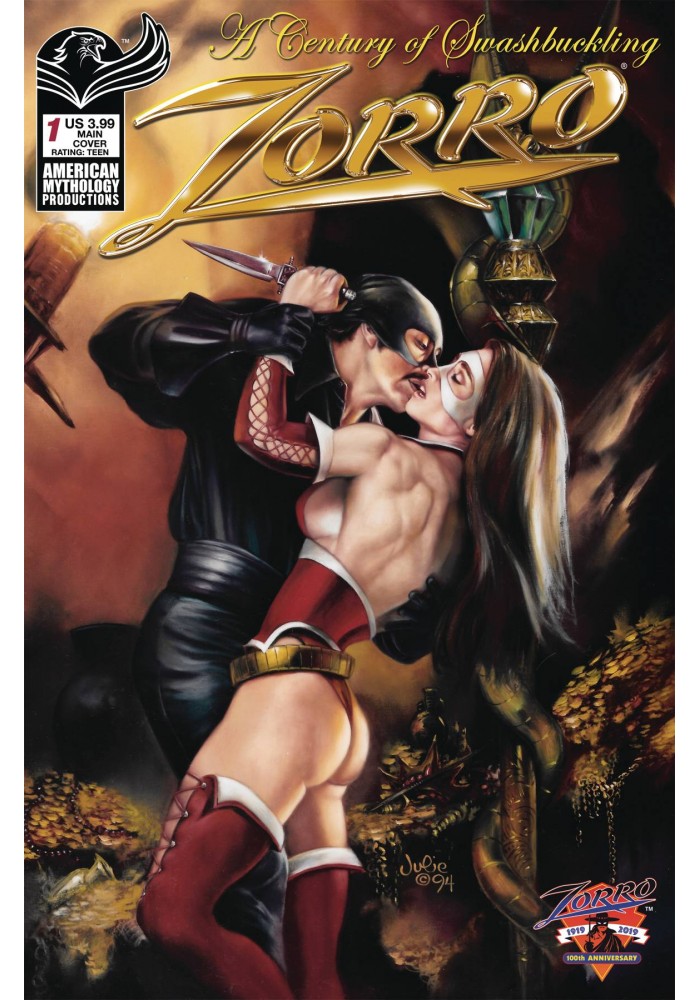 The official 100th anniversary of the original swashbuckling hero, Zorro, is here! To celebrate a century of adventures we are proud to deliver a one-of-a-kind collectible that brings the comic art visionaries that made Zorro a household name together in a must-have package. Zorro A Century of Swashbuckling collects the most incredible historic comic covers from a host of legendary creators including: Alex Toth, Frank Miller, Michael Kaluta, Adam Hughes, Mike Grell, George Perez, Joseph Michael Linsner, Thomas Yeates, and many more! Join us for a century celebration and get a copy of this important piece of The Masked Avenger's history. Zorro A Century of Swashbuckling #1 is available with two covers - Main Cover by Alex Toth and Visions of Zorro Limited Edition 1/350 B&W cover also by Toth!
Be the first to write a review!
Path: Home > COMIC BOOKS > AMERICAN MYTHOLOGY COMICS SERIES > ZORRO CENTURY OF SWASHBUCKLING #1 CVR A BELL