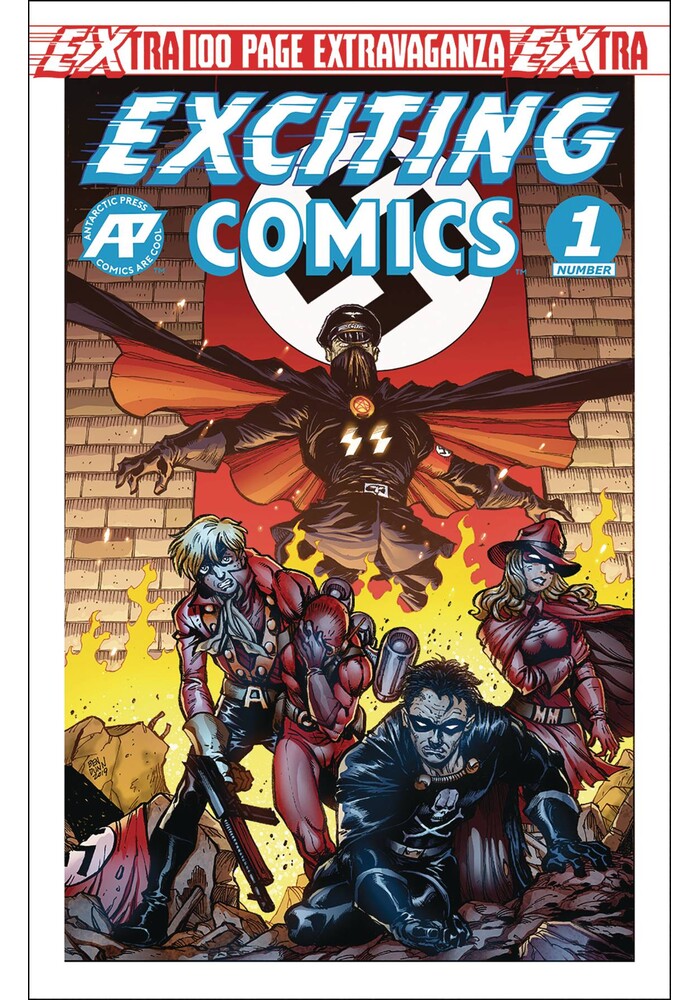 Antarctic Press's Superverse has given new life to classic heroes from the public domain, but where did it all begin? In this 10page extravaganza, we go back decades before the events of Exciting Comics #1, to a time when super heroes were nothing more than characters played by talentless actors. But was it really just an act? Writer David Furr (Exciting Comics and Mobster Graveyard) and veteran artist Dell Barras (Turnbuckle Titans and Rochelle) bring you the murder mystery that opened the doors to the Superverse!
Be the first to write a review!
Path: Home > COMIC BOOKS > ANTARCTIC PRESS COMICS SERIES > EXCITING COMICS EXTRAVAGANZA ONE SHOT