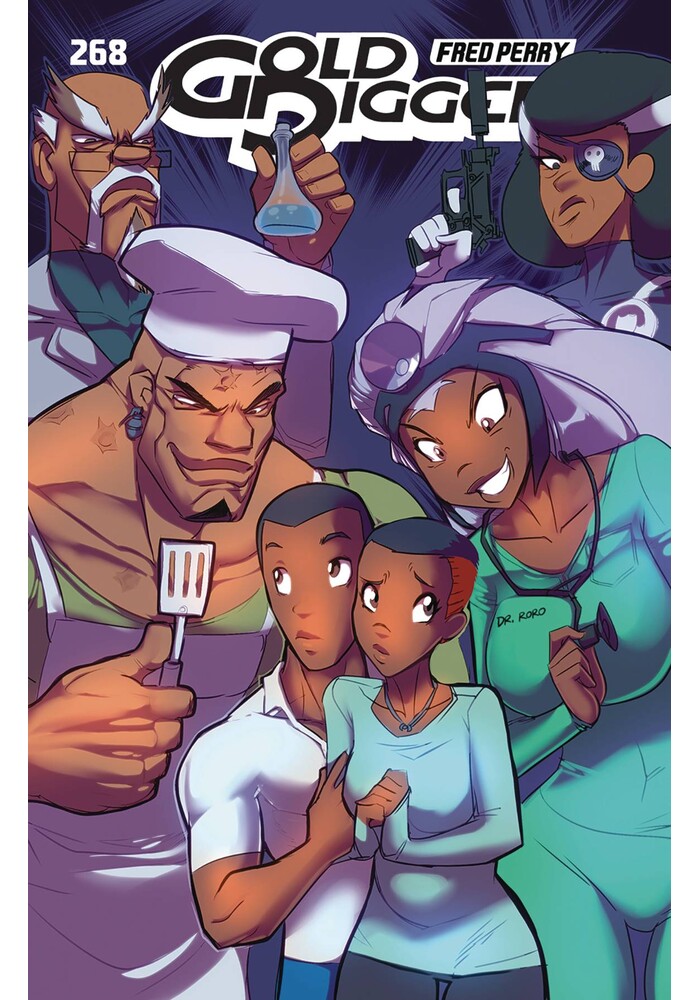 Penny and Ace have just finished sending invitations for their baby shower, even to all their interdimensional and outer-realm friends, but then Ace notices some unfamiliar names on the guest list, all sharing his wife's maiden surname. Yes, Ace is about to meet...the IN-LAWS, the ones Penny's somehow never mentioned. There's her super-secret agent-director mother; her Doctor Moreau-esque scientist father; her rhyming army chef brother, and her weather-controlling sister. Put them all together, and they might spell 'trouble', and they're ON THEIR WAY!
Be the first to write a review!
Path: Home > COMIC BOOKS > ANTARCTIC PRESS COMICS SERIES > GOLD DIGGER #268