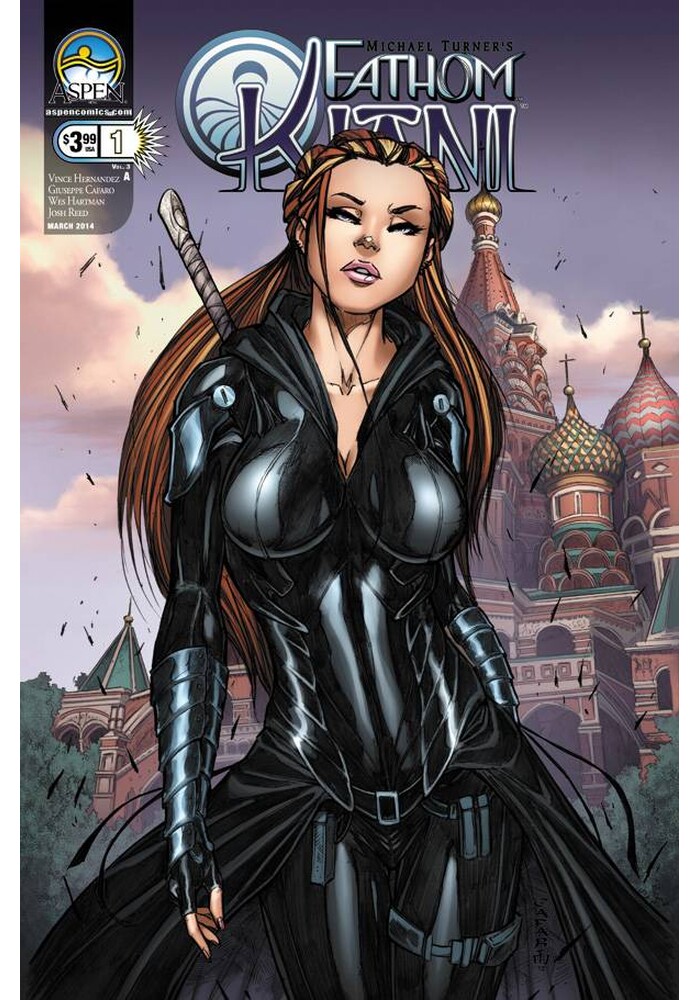 Kiani has risen! One of the most powerful figures in the Fathom universe returns for this epic third chapter! Following the tragic events of The Elite Saga and the shattering of her family ties,Kiani has risen above the surface and seemingly disappeared amongst the large expanse of the human population. However,with a power inside her that is capable of changing-or destroying-the world's landscape,her presence can only remain hidden for so long! Returning writer Vince Hernandez joins forces with Trish Out of Water artist Giuseppe Cafaro to bring you the latest adventures of Fathom's most fierce and beloved characters. Kiani is back and the world of the Blue will never be the same again!
Be the first to write a review!
Path: Home > COMIC BOOKS > ASPEN COMICS SERIES > FATHOM KIANI VOL 3 #1 DIRECT MARKET CVR A