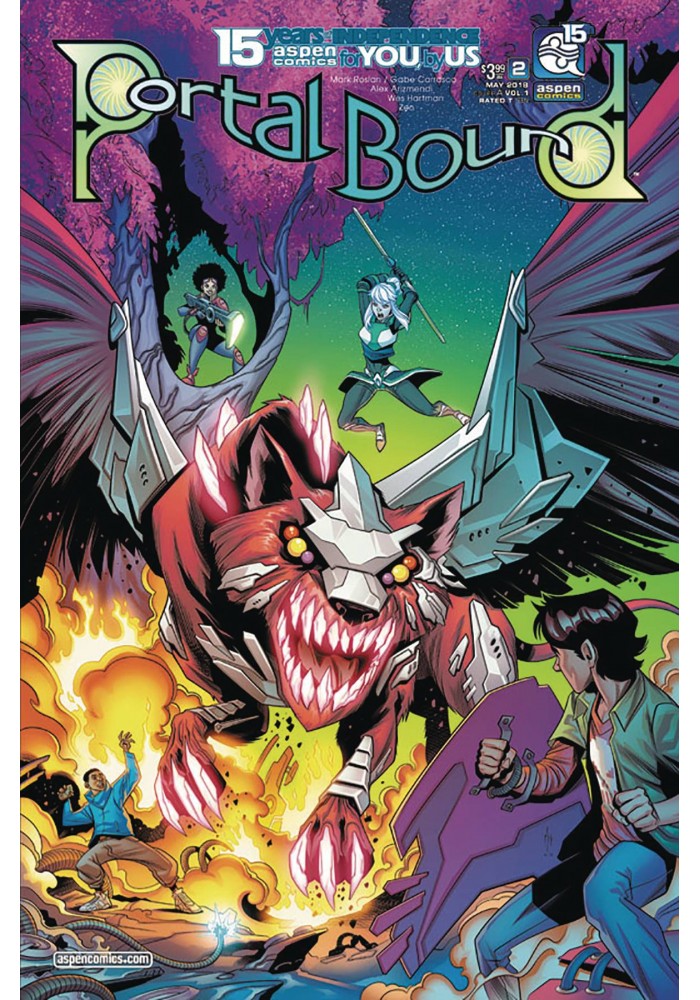 Their Future Depends on Each Other in Aspen's newest series! Giant six-eyed mechanical beasts? Gray-skinned warriors from another world? Dubstep music?!? Teenagers Elias and Brett have just survived the craziest night of their lives, but that was nothing compared to the road ahead! Sybil, the arrogant warrior princess from Havos, is stranded on Earth and it's up to our heroes to get her home! However, the evil Emperor Atilus has a deadly surprise awaiting his daughter's potential homecoming! Aspen's brand new action-adventure saga continues from writers Mark Roslan (BubbleGun, Broken Pieces) and newcomer Gabe Carrasco, with artist Alex Arizmendi (Edge of Venomverse: War Stories, Secret Empire: Brave New World) as they bring us a tale of two earths in need of two heroes!
Be the first to write a review!
Path: Home > COMIC BOOKS > ASPEN COMICS SERIES > PORTAL BOUND #2 (OF 5)