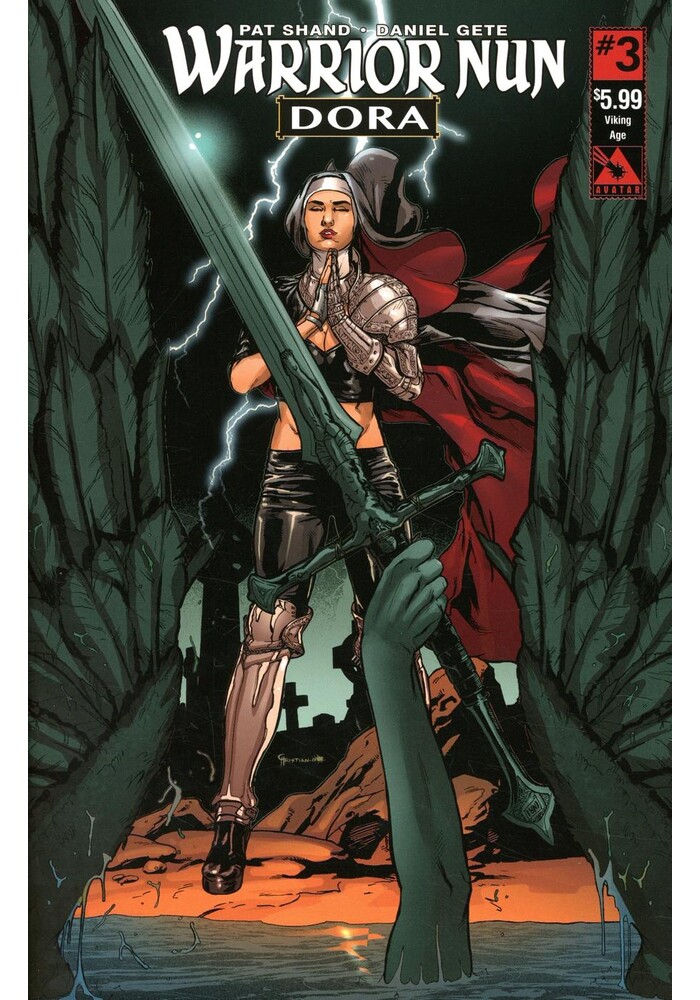 Warrior Nun, now a Netflix original series, re-launches this summer for readers of all kinds with a new Nun and new attitude! In the explosive end ot the first story arc, Dora unleashes power she never knew she had to fight for a cause she never believed in. Until now. This issue features: Regular, Timeless, Unleashed, and Wraparound covers by series artist Daniel Gete and also these Warrior Nun through the ages covers: Viking Age and Victorian by Christian Zanier, Battle Ready and Middle Ages by Renato Camilo, World War II by Matt Martin, and Feudal Japan and Napoleonic Era by Gabriel Andrade.