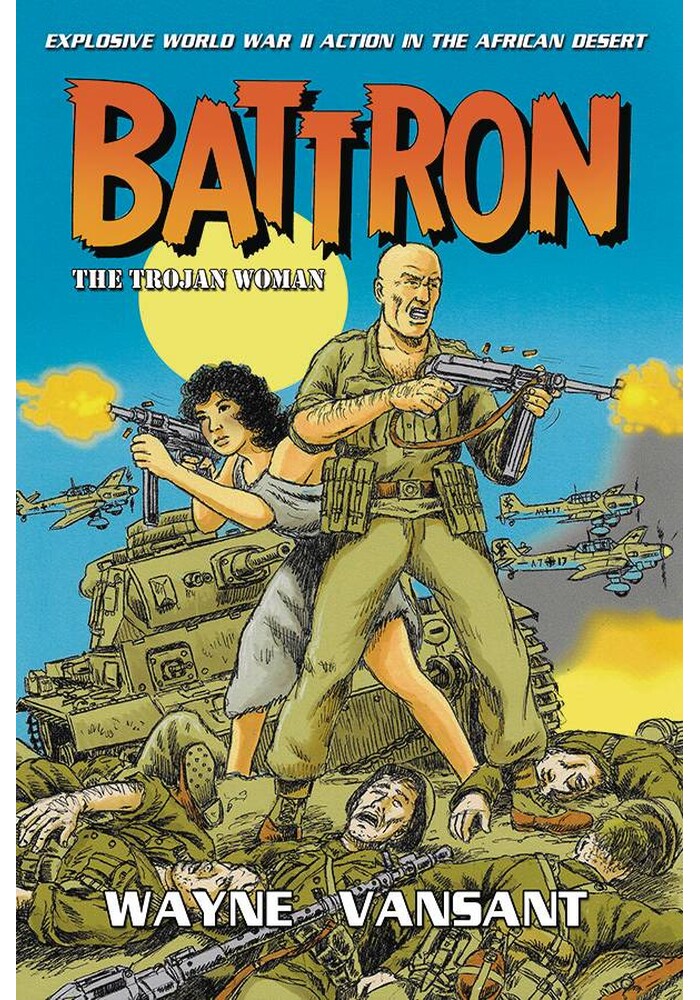 From acclaimed comic writer/artist Wayne Vansant (Caliber Comics's Days of Darkness, Days of Wrath, Knights of the Skull). An action/adventure tale of the French Legionnaire soldier, Battron, 'a man without a country,' who is involved with the liberation of a freebooting French ship, the Martel, from a heavily guarded Vichy French port during World War II. The Allies want the ship destroyed; the Germans have sent serious firepower to save it and keep it afloat. But a critical security leak in British intelligence could jeopardize not only the mission but Battron's life. Explosive WWII action in the African desert.
Be the first to write a review!
Path: Home > COMIC BOOKS > BATTRON TROJAN WOMAN GN