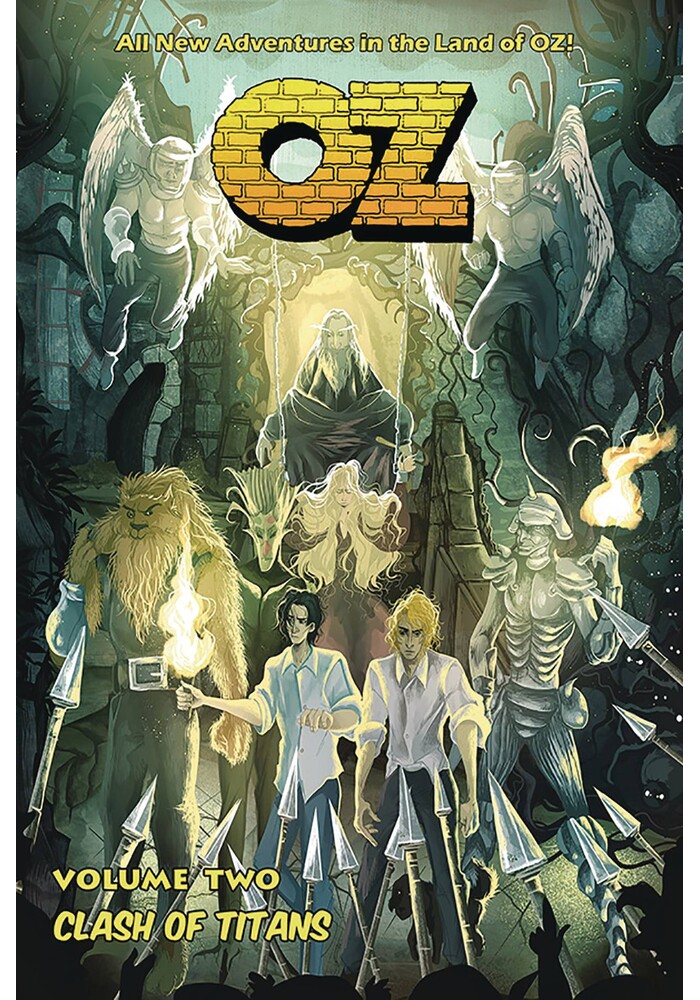 Oz is a wonderful land where animals talk and the streets are paved in yellow bricks. A place where the beautiful Queen Ozma rules from the Emerald City in a loving kingdom of Munchkins, Winkies, Gillikins, and Quadlings. A country where nothing can ever really go wrong and evil is merely a bumbling fool. Until the Nome King took control. Now, the land has become desolate and barren with wild creatures roaming freely, and even the Scarecrow, Tin Man, and Lion have been dragged under its evil spell. However when a trio of friends from Earth arrive they manage to break the evil spell of Witch Mombi on Scarecrow, Tin Man, and Lion, and together with a band of OZ Freedom Fighters they fight to retake the Emerald City. Now join Tik-Tok, Wogglebug, Jack Pumpkinhead, Sawhorse, and other heroes as they embark to save the very heart and soul of OZ.
Be the first to write a review!
Path: Home > COMIC BOOKS > OZ GN VOL 02 CLASH OF TITANS