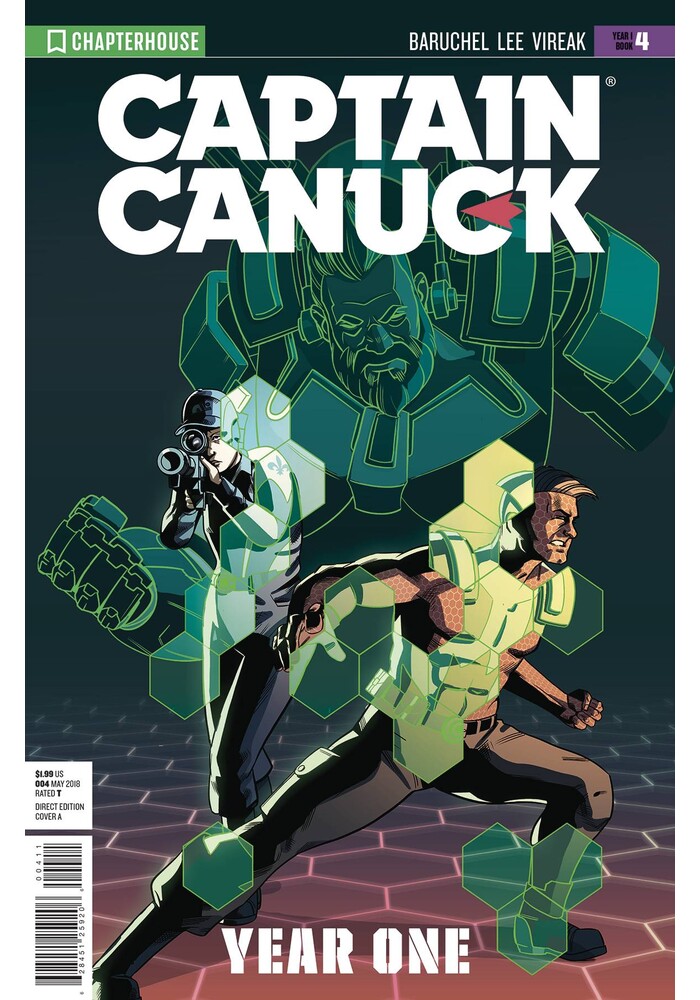 The lost tale of how Tom Evans became the hero known as Captain Canuck continues! The villainous Cronje is out for revenge on Tom and Yvette after they took down Parsifal's operation. But how deep and dubious their plans were have remained to be seen. How far will Tom Evans' have to go to bring a stop to Parsifal's final weapon, The Panzerklagge? And exactly what does his brother Michael have to gain from it all?
Be the first to write a review!
Path: Home > COMIC BOOKS > CHAPTERHOUSE COMICS SERIES > CAPTAIN CANUCK YEAR ONE #4 VIRGIN ART