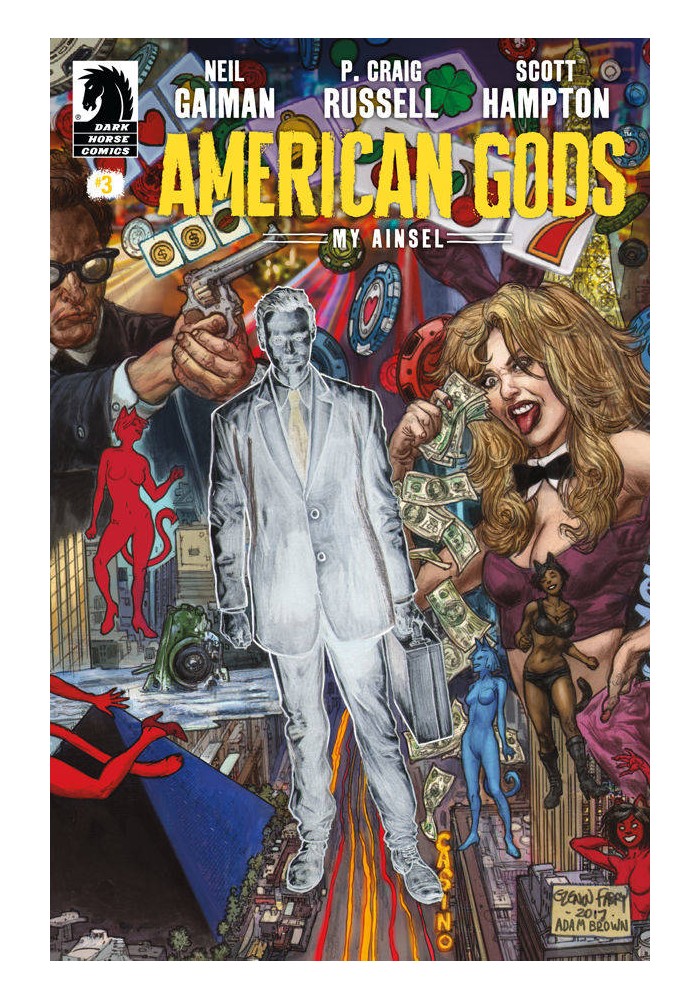 As the stakes in the god war rise, Wednesday takes Shadow to Las Vegas to convince another old god to join their forces against the wicked new gods of America. The Hugo, Bram Stoker, Locus, World Fantasy, and Nebula award-winning novel and hit Starz television series by Neil Gaiman is adapted as a comic series!
Be the first to write a review!
Path: Home > COMIC BOOKS > DARK HORSE COMICS SERIES > NEIL GAIMAN AMERICAN GODS MY AINSEL #3 MAIN CVR