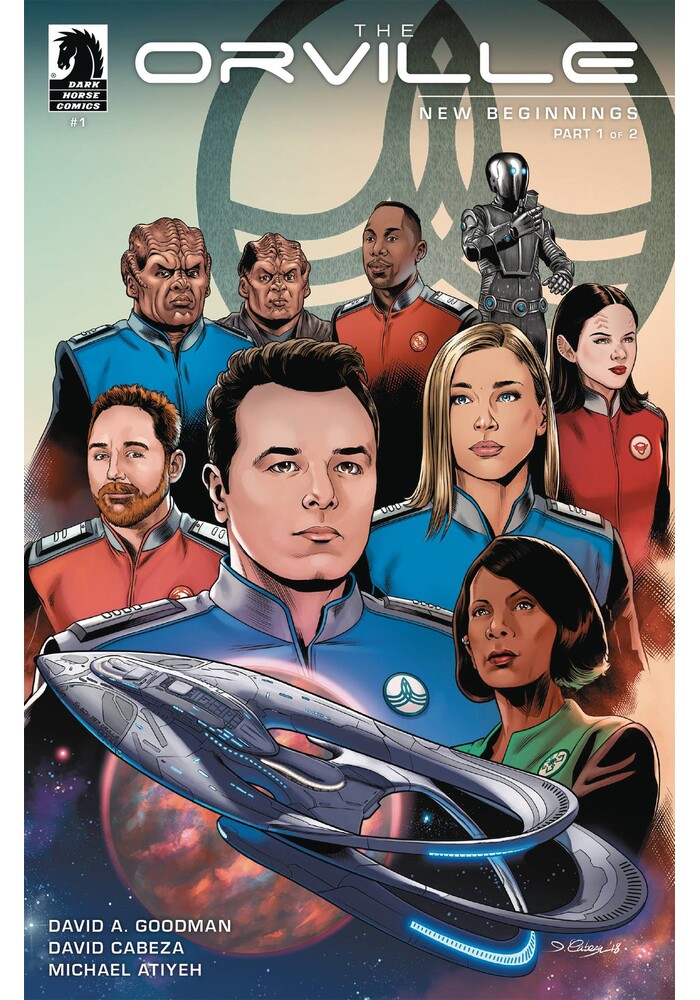 On their way to a fleet conference via shuttle, Ed and Gordon pick up a distress signal from a century-old buoy belonging to a Union ship and decide to investigate. Meanwhile, back on the Orville, Kelly tries to mediate when Bortus insists on enrolling Topa into school even though he is only a few months old. o Picks up where season one left off! o Written by The Orville Executive Producer David A. Goodman!
Be the first to write a review!
Path: Home > COMIC BOOKS > DARK HORSE COMICS SERIES > ORVILLE NEW BEGINNINGS #1 (OF 2)