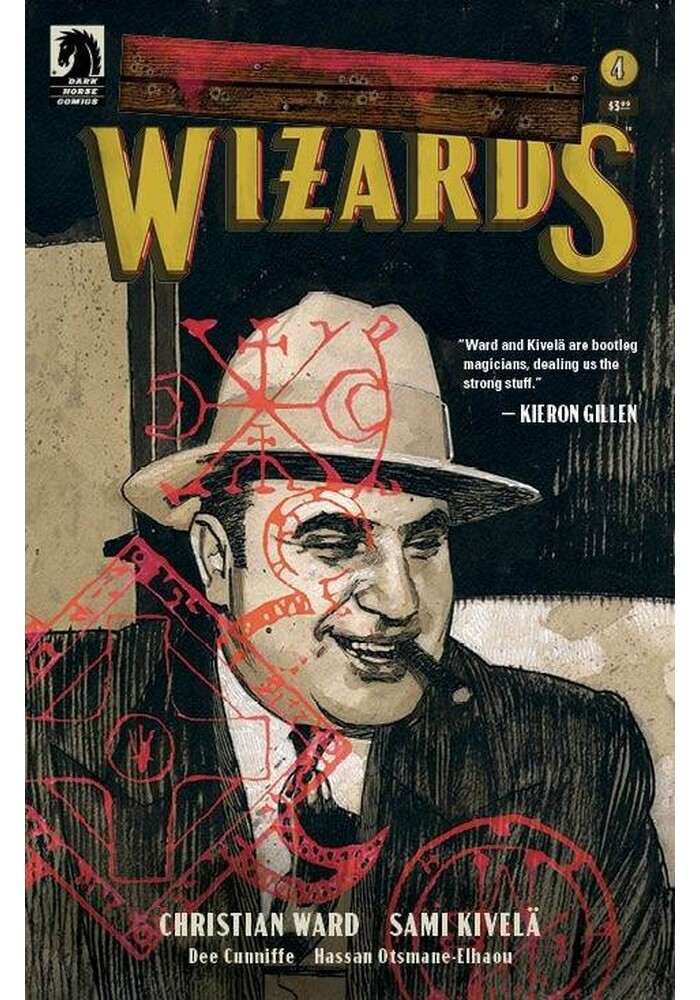 The dark forces behind Al Capone's illegal magic operation come out in full force, and Elliot Ness and his team must battle through an army of mobsters, wizards, and ancient powers that threaten more than just Chicago's lowlifes. A new genre-bending comic series from Christian Ward, artist of the acclaimed sci-fi epic ODY-C. Drawn by Sami Kivelд (Abbott), with backup stories written and drawn by Christian Ward.
Be the first to write a review!
Path: Home > COMIC BOOKS > DARK HORSE COMICS SERIES > TOMMY GUN WIZARDS #4 (OF 4) CVR B WALTA